Beauty has always been in the eye of the beholder but what happens when the beholder is blind? Well, the results can be varied but rarely are they anything standard. That said, below is a gallery of 10 Off the Beaten Path interior designs that are either triumphant or tasteless – which one, you decide.

Marking the list as one of the most extreme “off the beaten path” designs around, this unique ceiling within this restaurant is truly something triumphant. Unfortunately, we’re not sure how customers have time to eat or drink while they’re staring at the magnificent ebb and flow of the topographical curves!? 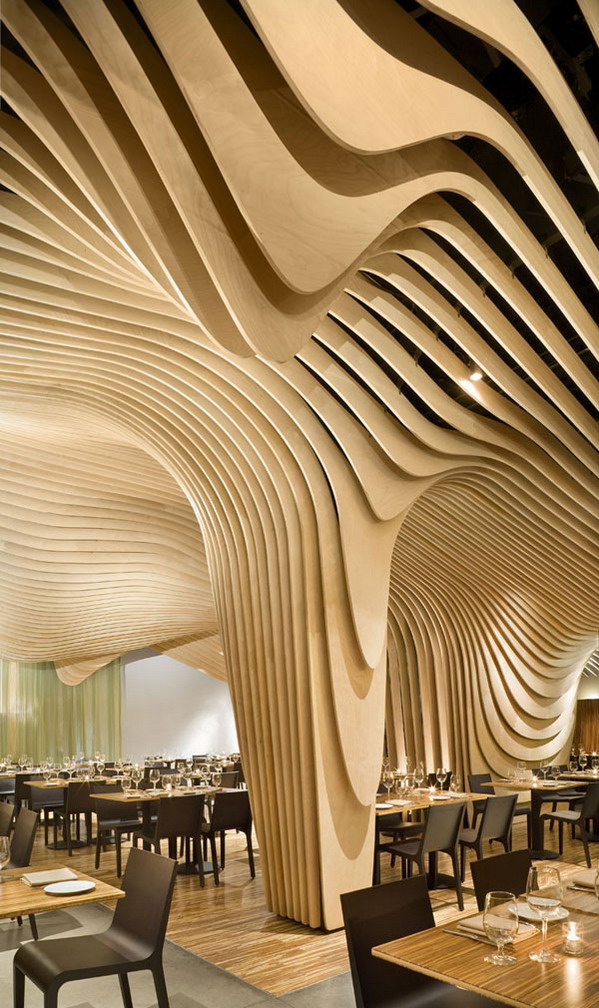 It doesn’t take a panel of judges with refined design palettes to immediately recognize this living room as tasteless – all it takes is someone that’s not color blind. Between the overly offensive purple hues and the outright abuse use of the zebra theme, this is the ultimate design fail. 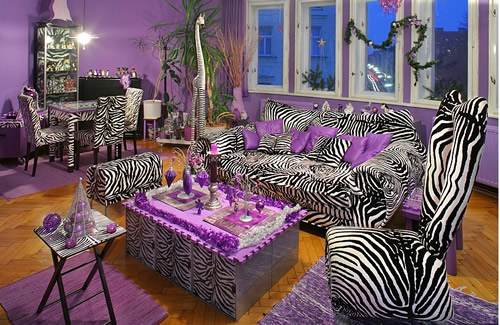 It took a while to understand exactly what was going on within this design, but our best estimate is that it’s either a sandbox or the surface of another planet. Regardless, even though this adult playground of a design walks a fine line between triumphant and tasteless, we’re calling it triumphant because it’s deserving of an A, for effort. 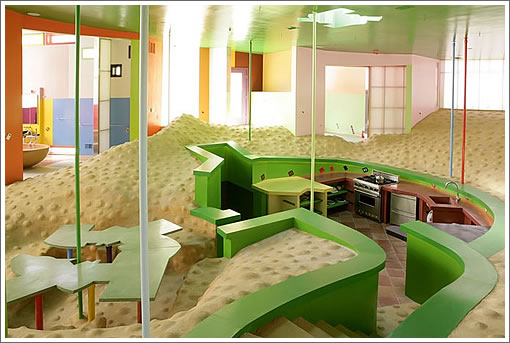 Now, if this was the ultimate dream bedroom makeover for a little kid, it would be absolutely sweet, however, we get the feeling that this particular Bat Cave is the brainchild of a past-his-prime wannabe Bruce Wayne … and for that, we deem this to be utterly tasteless. 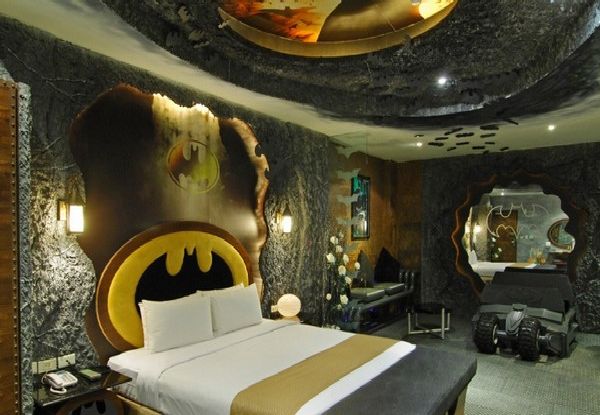 What looks to be a wide open industrial warehouse is tastefully broken up by this brilliant installation. We’re not sure if this interior design structure came before or after the Bird’s Nest Olympic Stadium in Beijing, but we applaud its effort to stand for something bold. 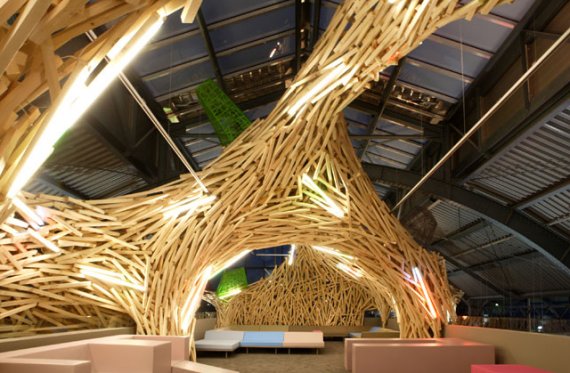 Maybe it’s the over abundance of a far from passive turquoise or maybe it’s the fact that this room looks like the psychedelic den of that hookah smoking caterpillar in Alice in Wonderland.  But, whatever it is, this high class hotel suite missed the mark with this display of tastelessness. 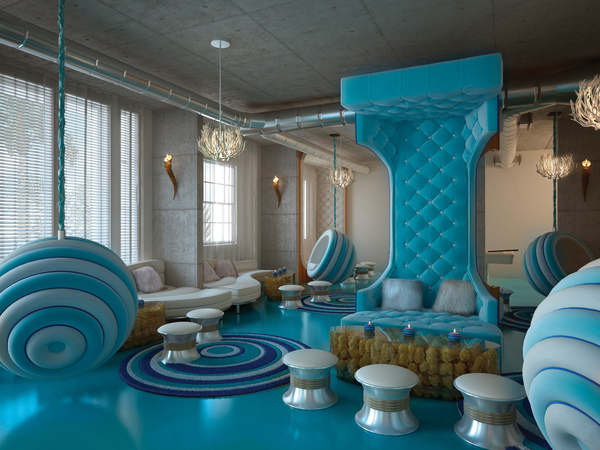 Although the ceiling looks like a highly magnified toothbrush from the set of Honey, I Shrunk the Kids, this swanky hotel in Barcelona uses some sweetly unique design elements to create a one-of-a-kind vibe that’s certainly left of center. 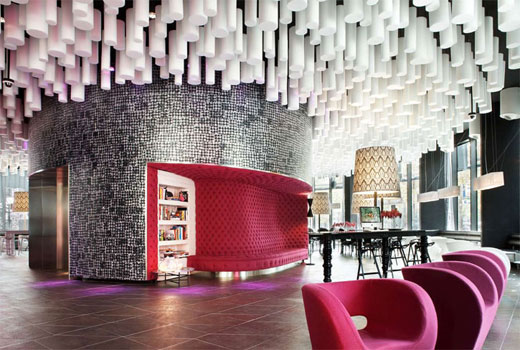 This beach house debacle is a great example that even if you have the kind of money that allows you to afford a professional interior designer, there is absolutely nothing stylish about the ever-peaceful hippie. While we appreciate their motivations for world peace, we must disagree with their lack of motivation in producing anything tasteful. 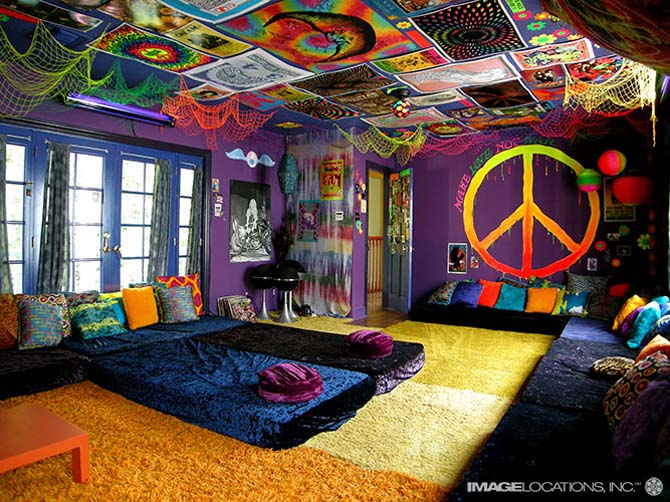 9. Not Your Average Bar Lobby

Whether this contemporary bar lobby is considered triumphant or tasteless is up to you but one thing is for certain, with a ceiling that looks like the air filter in a car engine and its all-around modern decor, this clean-cut creation is refreshingly unique. We’re calling it a triumph! 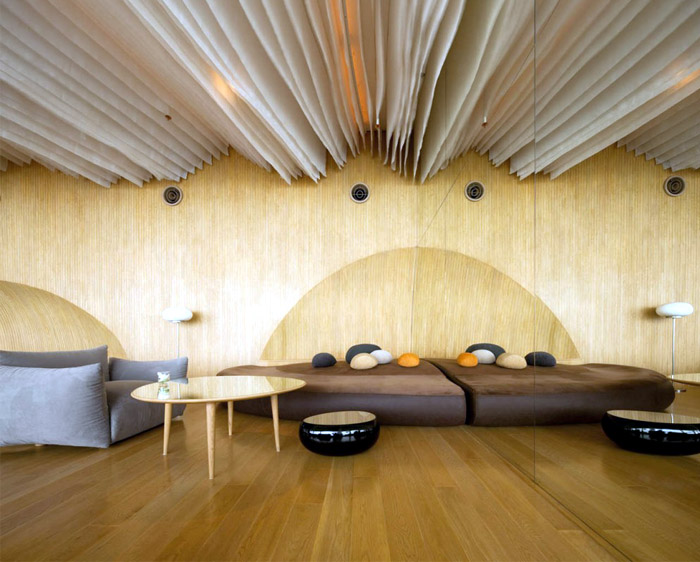 What do you get when you combine Munchkin Land, The Shire and the Flintstones? You get this organic oddity from another world. Between the bedazzled disco wall and the buttercup seating area, this design likely looked better during the designer’s acid trip than it did once completed. 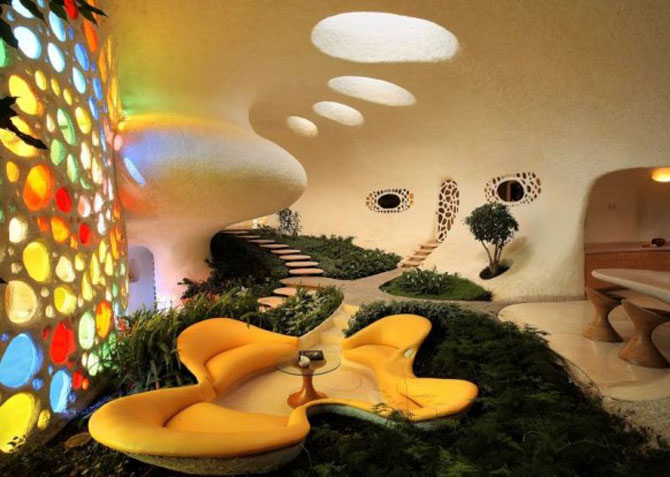 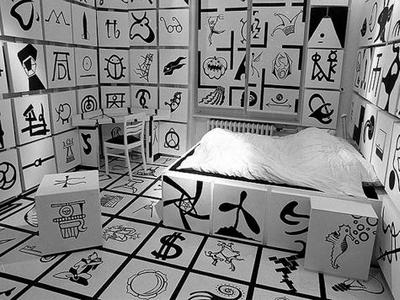 The World of Purple foyer: 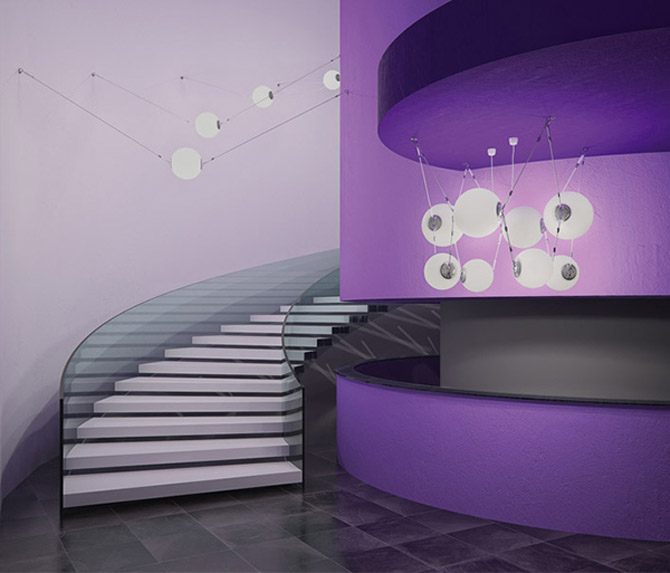 The Hotel Waiting Room Attached to the Star Wars Cantina on Tattooine: 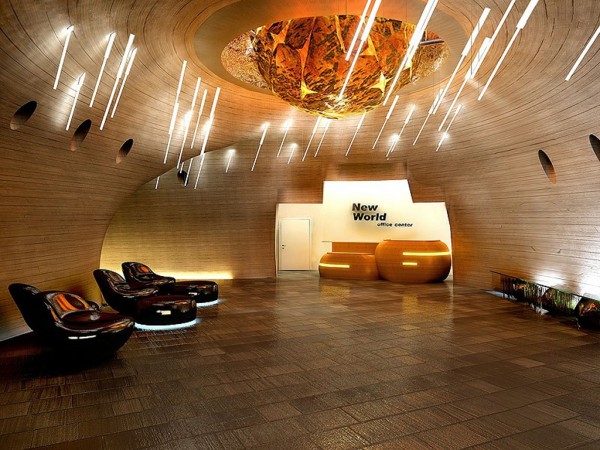 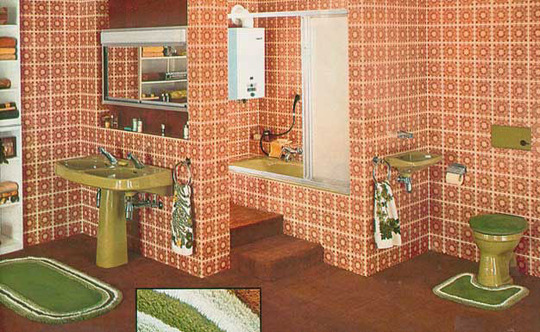 The What is Designed in Vegas Should Arguably Stay in Vegas Penthouse Suite: 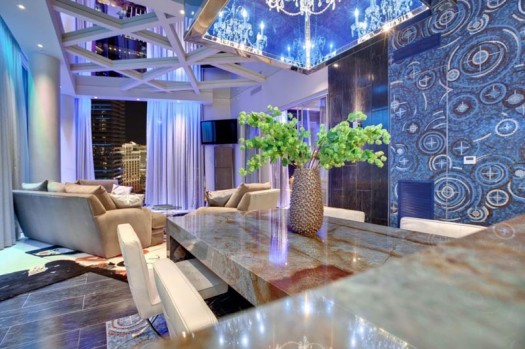 So, what do you think? Have we missed the mark on any of these? Tell us how you figure these spaces measure up in the Triumphant/Tasteless stakes!