Reading Time: 3 minutes
The industrial revolution brought with it many machines and inventions that took formerly tedious tasks and made them easy. For decades, we’ve enjoyed all of the conveniences that this innovation has offered but now we’re just showboating. Below is a gallery of the 10 weirdest and most outlandish kitchen utensils and appliances – proof that we’re getting bored with the basics and making things simply because we can.

This toaster literally toasts a “smiley” design into the surface of the bread! While some might think that it’s pointless, considering “breakfast is the most important meal of the day” and that “you’re never fully dressed without a smile,” we say this bizarre kitchen appliance kills two birds with one stone. 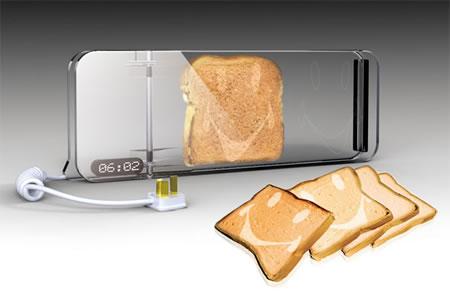 Somehow this rocking-chair-like apparatus makes the mundane task of tipping a large container even easier than before. As if kids these days weren’t trained to be lazy enough, we now have a “roll and pour” gadget that means they’ll never have to use a stabilizer muscle ever again! 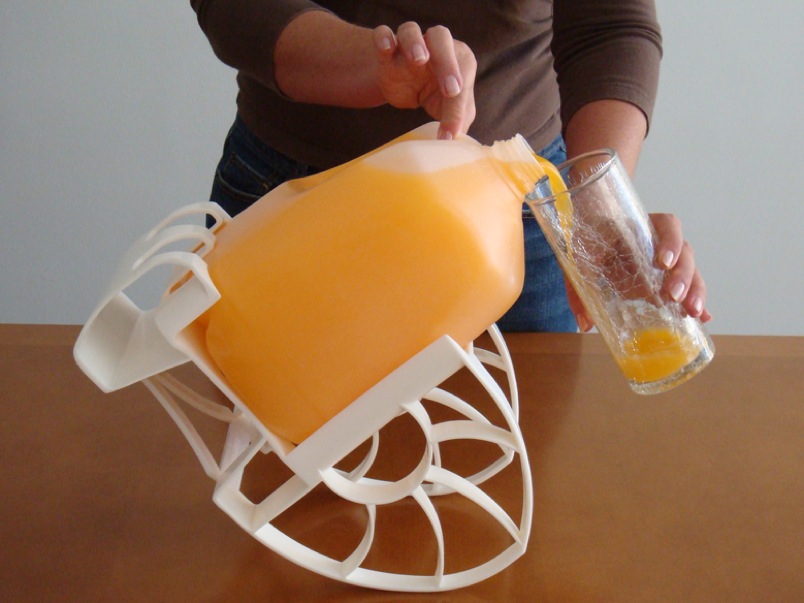 Much like the electric toothbrush or a dentist’s tool, this electronic novelty fork allows the tines to spin while the handle stays in place, thus, wrapping spaghetti noodles with no manual labor necessary. See the “lazy” comment above. 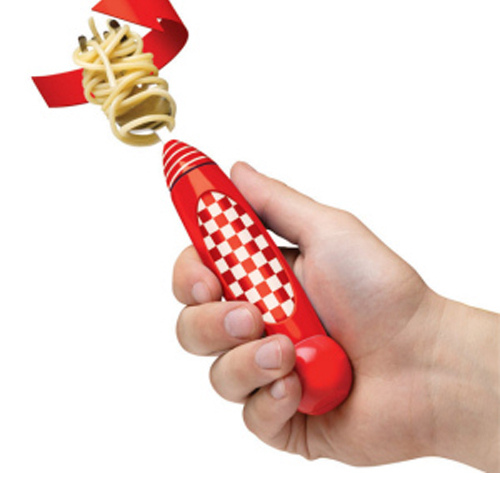 As if cutting a pizza with an ergonomically capable pizza cutter and then switching over to a tried-and-true spatula was too much to ask, this pair of pizza scissors allows you to literally cut the pizza and then use the built-in spatula to haul the piece away – two easy tasks reduced into one awkward step. 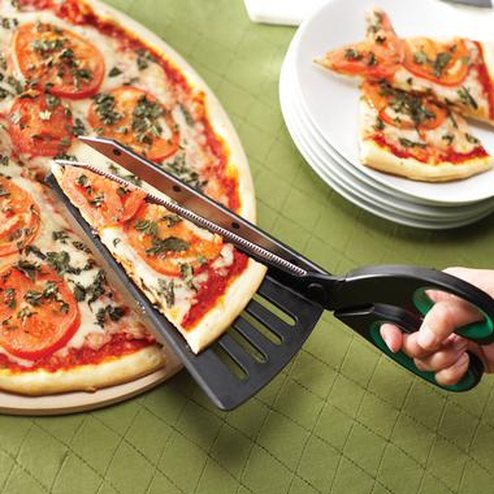 For centuries, humanity has been eating eggs just the way they fell – ovoid. Not any more. Now, because we can, this gadget turns your typically round egg into a cube; altering the aesthetics of the egg but doing nothing to make it taste any better or cook any easier. 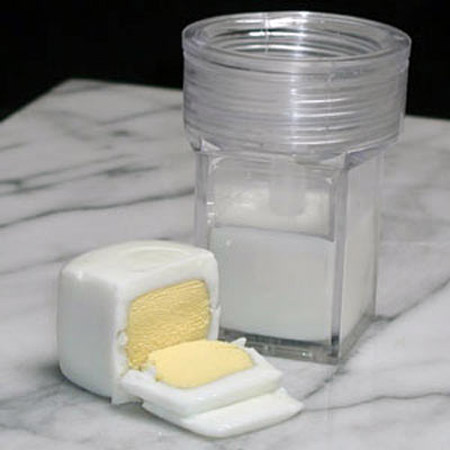 This might be the most legitimately functional gadget on the list but that doesn’t stop it from being weird. The Smoking Gun is a handheld food smoker that allows you to instantly add a smoky flavor to any of your favorite foods – a chance to play God and smoke dishes that were never meant to be smoked in the first place. 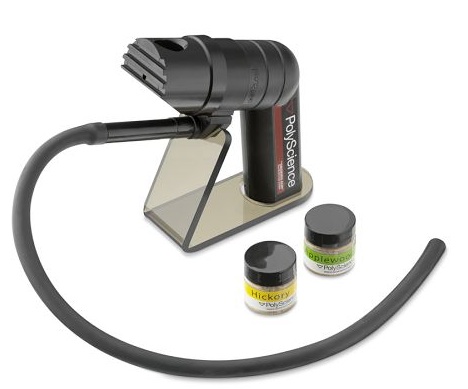 This bizarre wear allows you to effortlessly strain your eggs and separate the yolks from the whites. Yes, this might be functional in the end, but considering the likeness between egg yolks and snot, it’s also a fine way to lose your appetite before the meal even begins. 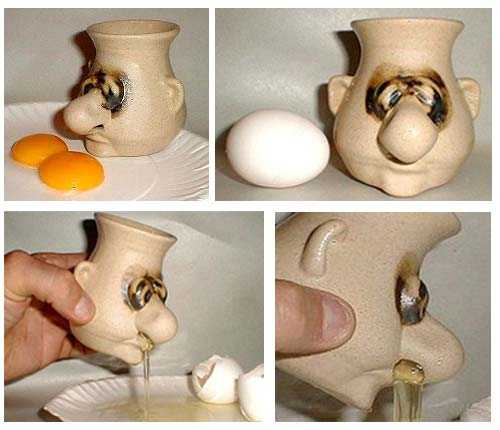 Somewhere in between Edward Scissor hands and the infamous X-Men character Wolverine, this odd kitchen gadget allows you to become half man, half machine, as it attaches itself to your finger and eliminates the need to grasp a fork – because you are the fork itself. 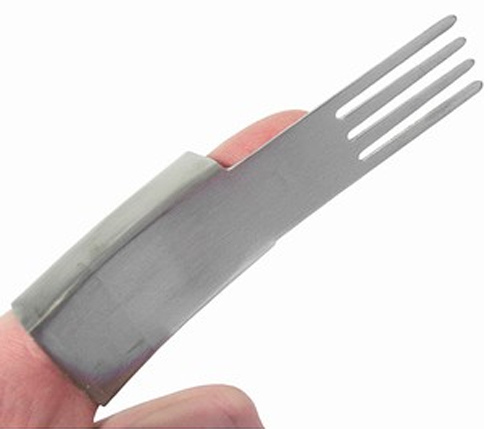 There are all kinds of varieties of knife holders and knife blocks on the market but, unless it’s October, this particularly gruesome model requires you to be one very bizarre individual in order to showcase this odd storage utensil in your everyday kitchen. 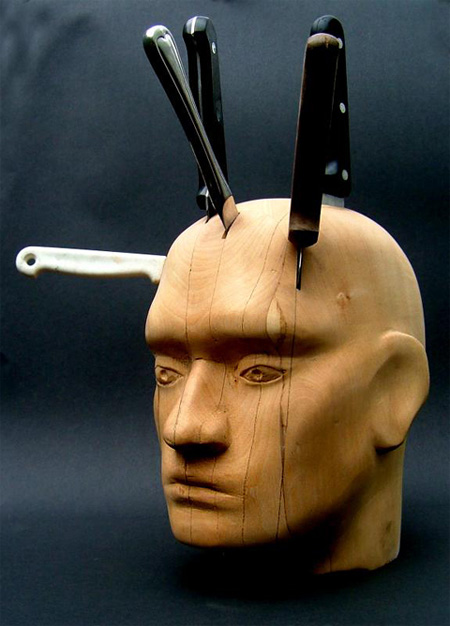 The process of making S’mores around the campfire is a time-honored tradition that has been passed down from generation to generation, however, with this Mr. Potato Head looking apparatus, Smores are now microwavable from the comfort of the indoors and our forefathers are rolling in their graves. 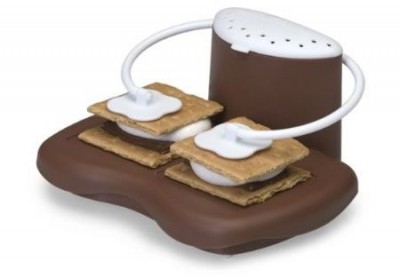