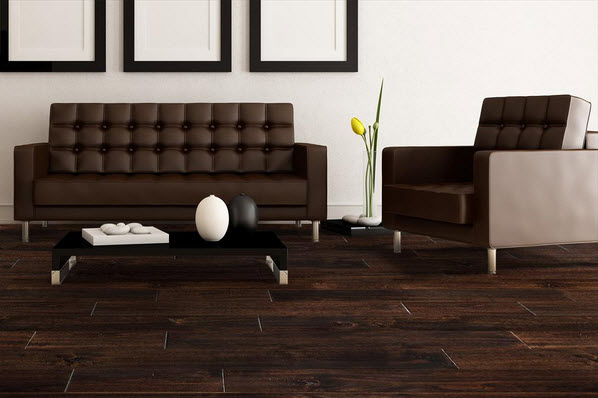 Australian Acacia is a thriving genus of species known to be tough. What are some of the things going for it that make it so reliable? Take a look.

Australia. A country and continent known for its vast deserts, its weird and wonderful fauna, and the Great Barrier Reef.

And its bushfires. (Trust me, this is important.)

As I mentioned in my piece on African Acacia, the legendary species that has inspired millennia of fables and traditions, the wood that we generally know as acacia consists of over 1300 different species. But, since the reorganization of the Acacia genus in 2013, the only species that are technically seen as acacia are those that grow in Australia. That’s because 960 of the original acacia species are situated in that single geographic region.

The reason that true acacia has grown to a massive level in Australia, however, is that it has one single quality that makes it absolutely perfect for the land down under, and also perfect for hardwood flooring: fire resistance. But we’ll get to that in a moment. 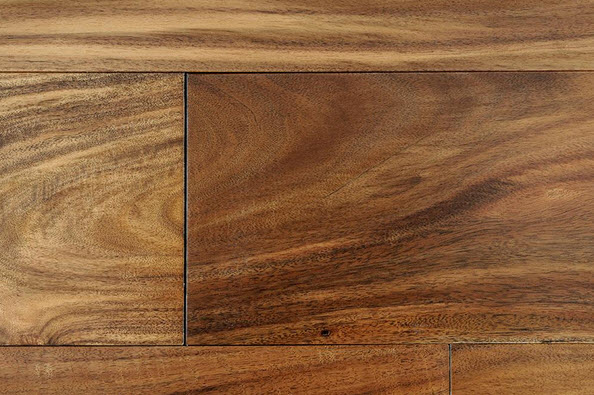 I’m not saying that true acacia can’t ever be set on fire, but it, along with the eucalyptus tree, is one of the most fire-resistant woods on earth.

Acacia comes by this quality naturally. The archaeological record in Australia shows that, despite worsening in recent years, it has been a place of record-breaking temperatures for thousands of years. Bushfires have always been frequent and difficult to control. The bushfire factor may seem destructive, but at the same time it has allowed not only vegetation but also animal species to develop that have an ability to escape from fires easily. There’s a reason that kangaroos can jump at a speed of up to 44 miles per hour.

But how do acacias survive? Not only do they have a very durable trunk that actively resists fire, but they also have a mechanism that allows them to regenerate quickly. These trees possess shoots that sprout after a fire, and have fire-resistant or fire-triggered seeds, depending on the exact species.

A wood that survives and thrives

In this series of articles, I’ve touched on some of the challenges that we face in logging some of the world’s best hardwoods, such as mahogany and even maple, owing to the decrease in forestation that can be caused by widespread production. Sometimes the woods that make the best choices for our homes are also those that are beginning to become rare or even endangered.

Australian acacia is not like the rest. In fact, because of its fire-resistant qualities, it has been considered an invasive species, even in its native land. Acacia grows so plentifully in the harshest of conditions in this country that it has choked out almost everything except eucalyptus and cypress pines. Its spiny exterior means that its leaves aren’t used as a food except for the smallest of animals such as lesser bushbabies, which resemble tiny monkeys. Not only do the tree’s spines keep away possible interest from animals, but its fresh plant material can be toxic to some, such as cattle.

A wood that is perfectly attuned to producing amazing floors

Owing to its survival mechanisms, honed over the years in the harshest of environmental conditions, this is a tree that grows relatively quickly. For some of its species such as Blackwood, acacia grows to a massive width, which means that it makes for an excellent building material. Due to its workability as a hardwood, acacia can be used for everything from floors to banisters, even to musical instruments.

It may be important to mention that, when the wood is not finished, it can produce an allergic or toxic reaction in some people, in the same way it does with animals. If you buy a finished product, the wood will have been treated so that it no longer produces sap, however. Only raw, just-cut acacia has the potential to cause a reaction.

Variances between acacia species to find out about

The names of Australian acacia might be misleading, so it pays to be careful when choosing a wood for your home improvement project. Blackwood, like other Australia acacias, generally comes in naturally lustrous golden brown color of grain, but it can darken to a medium reddish brown color.

Another common varietal, Raspberry Jam, is a much denser and harder species, but its name doesn’t refer to its color at all, rather to the unique scent it produces when cut.

The Australian acacia is one of the best options that we have for hardwood flooring today. Sustainable, durable, and readily available, this wood is a superstar. There is no better wood on the market today for interior design in terms of both reliability and environmental awareness.

My recommendation? Make like a kangaroo and jump to it.