Moving House, Literally: How To Physically Relocate A House 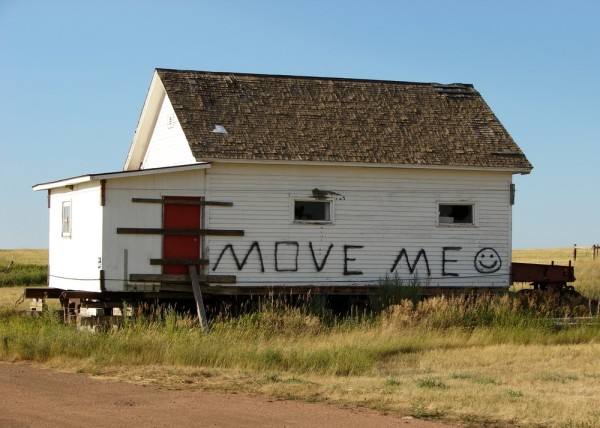 Moving a house from one place to another can be an inexpensive (and adventurous!) way to build cheaply. Here are some thoughts on house-moving to get started.

When I was about 20 years old, I watched a two-story house get moved a few blocks. It went right past my apartment to an empty lot across the way. I lived smack downtown in a small city. The road was a 2-lane, one-way street with all the power lines and streetlights associated with that setting.

I was fascinated as I watched this mammoth thing crawl down the road. Workers constantly checked for width clearances while the electric company removed and replaced wires above. I watched it turn the corner to get to its final setting. It took all day, even though the move was a short distance.

The house sat on jacks in the lot for a while. The only site prep was clearing it. They poured the foundation, connected it to city sewer and water, and added electricity over the course of the next several months.

The house was remodeled into four apartments. A couple years later, I visited a friend who had rented one. I never would have known that house had traveled down the road! It was solid, level, and all new inside. Parking, landscaping, and porches had been added. My friend barely believed me when I told her the history of that house.

Here is an excellent video of a house move.

This is a time lapse video of moving three houses. 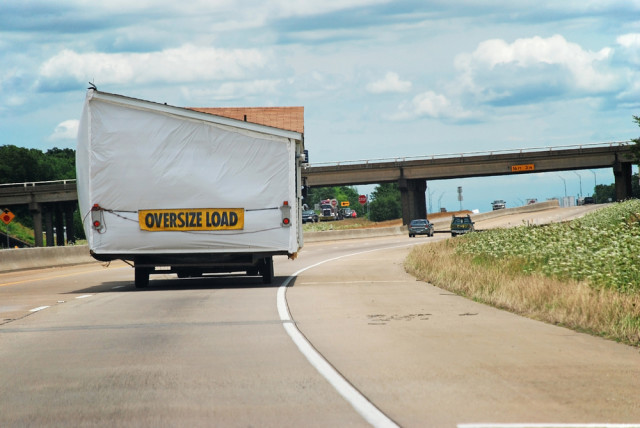 Fast-forward 40 years, and I have the opportunity to move a house. A friend bought a piece of property that has an old cabin from a boys camp on it. Right now it’s fixed up as an airbnb rental, but he needs to move it off the property soon.

Some friends of mine moved one of these camp cabins over the mountains to their property back when they were widely available. I asked for the details, and now I think I’m prepared to take this on when the time comes.

Once the cabin was paid for, my friends made arrangements to move it. They called a professional moving company that jacked it up, put I-beams under it, and set them on a system of hydraulic dollies that hitched to a truck.

The movers took care of everything necessary to get it from point A to point B. They chose the best route, acquired road permits from each town the cabin would move through, and made arrangements with the electric companies to move power lines. They held all the necessary insurance, taking on complete liability.

Larger houses in more populated areas might need home inspectors at each end for removal and placement, and contractors to disconnect and reconnect the infrastructure. If there is a mortgage, the bank will have to approve everything beforehand. 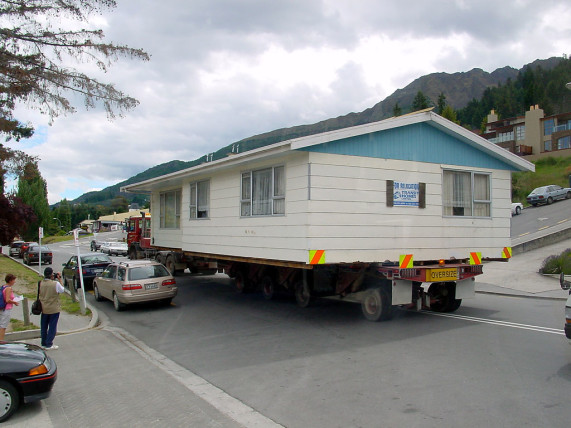 My friend is a builder, so while the movers got ready, he poured footers and built three stem walls of the outside dimensions, 16’x30’. He left the short side closest to the driveway open, so the mover could back the cabin into the crawl space and over the foundation.

Four workers guided the cabin onto the three walls, and it was lowered into place. My friend later built the fourth stem wall to close it in. He then brought in the water and septic lines beneath the footers, since then he knew exactly where they needed to go.

Power lines were buried and brought to the house. A propane tank was put in place, and a line brought in through the back.

It all sounded so easy when they were telling me this story! I now have a clear picture of what needs to be done. 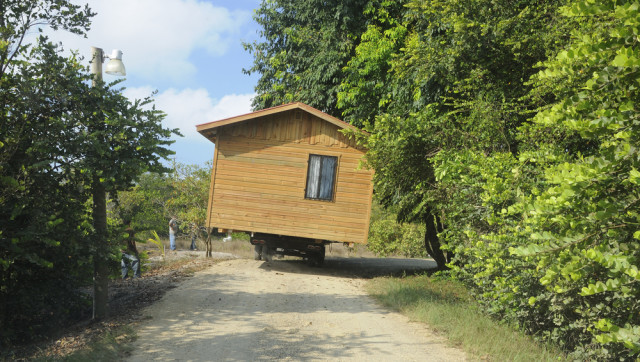 Since it was a summer cabin, it needed to be insulated and finished off inside. There are two rooms, a small kitchen, and a full bathroom. It was the infirmary at the old camp, so interior walls already divided the space for patients and a nursing station. Now it’s a getaway cabin up the hill from their house.

They added a porch with an overhang, and planted flowerbeds along the walk way from the driveway to the porch.

There was extra concrete from the footings, so they used it to pour a slab on the back side in case they wanted to add on.

Fifteen years ago, these cabins were easy to find. The total cost for purchase, moving it, building the foundation, and bringing in the utilities was less than $10,000. Of course that would cost more now, and they saved contractor’s fees by doing the work themselves. But still, even if it was $40,000 today, it would still be a huge savings over building new.

So this is now on my list of potential ways to build for cheap.

For whatever reason, if you are contemplating moving a house, check with the International Association of Structural Movers for a local mover. Also look at the Yellow Pages. I found quite a few that were not listed at IASM.