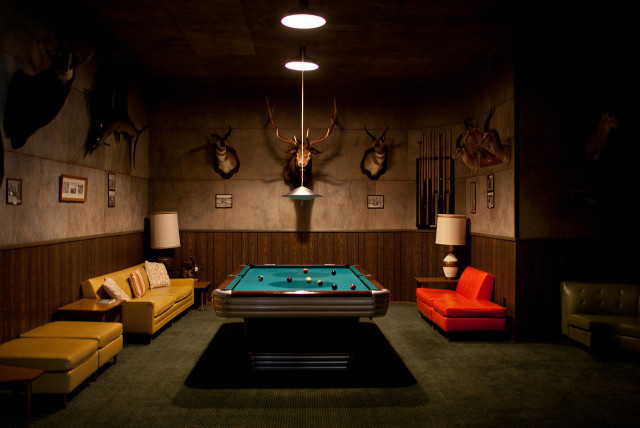 From Israel and Oman to small-town Washington, in the last 10 years, taxidermy has made a big comeback.  Read on for more!

I went out to dinner last night at a noted wiener schnitzel haus. It was like stepping back in time. The kind of place that has had cork on the walls for so long that it’s come back en vogue.

Then there were the lederhosen and steins and, yes, taxidermy, because really, one needs a little taxidermy if it’s to be an authentic looking schnitzel haus.

The funny thing is, this so-out-of-date schnitzel haus was a hotbed of youth. Surrounded by the garish taxidermy were tons of college and university students in this, a noted left-leaning hippy city filled with vegetarians.

Go to Google and type in “taxidermy comeback” and you might be surprised and how many articles you’ll find — pages and pages!

Like this article called “Extra Stuffing,” about taxidermy’s comeback in Washington, DC, eateries, from July, 2012.

Or this layout-hindered story in the Oman Observer (Oman is Saudi Arabia’s neighbor) in which a quirky Dutch artist-taxidermist is featured for her macabre art.

Without going too far back in a Google search, I thought this 2011 Scotsman article mentioning taxidermy’s comeback was one of the earliest mainstream ones, but I was wrong — the Israeli news organization Haaretz wrote that even Israel was falling smitten once again for taxidermy — in 2010!

Taxidermy can be downright creepy. There’s a reason it features so prominently in spooky old castles, scary movies, and such — they’re dead!

Given that this topic came to me while out eating schnitzel in a kitsch-filled wiener haus, this passage from Haaretz’s look at the Israeli trend in taxidermy quite appealed to me:

“What looks like an element of a distant northern custom has made it to Israel, too. The Taxidermy Bar on Harakevet Street in Tel Aviv, which opened this year, is decorated in dark colors and the peeling walls offer stags’ heads, pheasants and other stuffed animals, creating the dark and gloomy look of a bizarre club.

“What attracted me was the beauty of frozen death,” says Adam Horowitz, one of the owners. “I started at an early age, when I loved the nature room at school in Pardes Hannah. A few years ago I was visiting a friend in New York and we happened upon a barbershop with stuffed animals hanging from the walls, and that turned me on. I wanted to bring this to Israel, near the bus station in Tel Aviv.

He cannot understand the critics who call this morbid art cruel.

“I don’t understand why taxidermy is immoral and beating schnitzels is moral,” he says. “We kill animals to eat without any pangs of conscience, but we can’t handle the fact that these animals have a face and eyes. Taxidermy, in a paradoxical way, is a green and moral art. It is the perpetuation of an animal in all its glory, a kind of conscious game in the face of death. From my perspective, what we have here is a shelter for animals,” he says, laughing.

Taxidermy may be macabre to some, but it’s an art to many. The challenge of bringing realism to a specimen or a trophy is vastly underrated. They don’t just inject a serum, let it dry, and that’s that. It’s pretty complicated.

Talk to quality taxidermists and they’ll tell you a proper artist needs to understand the anatomy of any animal they work with. Poor structural work means you could wind up with a fox that looks like a wiener dog.

There may not be requirements for practicing taxidermy in many places, but those who love the job really take it seriously — so much so that there are world championships every couple years. Some 25 countries and 700 or so competitors will get together for an ultimate taxidermy throwdown.

Despite growing popularity in taxidermy, it can be tricky to acquire. In a lot of places, it’s illegal to buy or sell animal trophies or stuffed specimens from anyone except licensed sellers, such as taxidermists.

Importing and exporting them can be pretty tricky, too, if you’re going on a hunting trip somewhere and are thinking of a keepsake deer head or something. Permits and documentation can be required.

Case in point: The taxidermy wedding

When I posted my lame photo of the bad schnitzel haus taxidermy, my friend Jackie Donnelly, a Seattle-area wedding photographer shared a photograph from Sarah & Chris’s wedding on Lake Chelan, in Manson, Washington, which was supposed to be a lovely outdoor orchard wedding. When wind intervened, the wonderful owners of the orchard invited everyone into their basement, which can be rented for events but in this instance was generously given for shelter from the elements.

The star of the show, of course, is the taxidermy that really commands the space, all of which belonged to the orchard owners’ grandfather. Of the space, photographer Jackie Donnelly wrote to me that she hopes “they never change that space!” She found shooting there to be magical and fun. I’m guessing Sarah and Chris will always enjoy those photographs as a reminder of a day that could’ve gone sideways, but just went weird and fun instead. 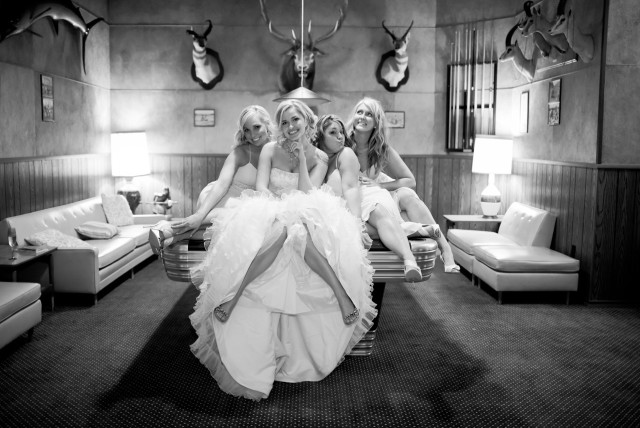 It’s true, taxidermy is indeed an honest art. Sure, it’s not for everyone, and I personally don’t believe in trophy hunting, but I certainly understand killing for food. Anyone who’s ever eaten meat from a butcher shop or supermarket can’t really oppose food-hunting.

And yes, trophies can be created from food kills too. But taxidermy can be done with natural deaths as well, so it’s not always the byproduct of slaughter, despite how some people may argue the opposite.

If you enjoy the macabre, fascinating art of taxidermy, then you shouldn’t feel at all like it’s a politically incorrect choice to make. Done properly, taxidermy is both hygienic and beautiful, and just another way to make a personal statement in YOUR space.

Steffani Cameron is a Victoria BC-based writer on a variety of topics. Here on the BuildDirect blog, she specializes in writing about smaller, urban spaces. How do you make the most of your smaller space? How do you decorate it to suit you? And how do you wage the war against clutter and win? This is Steff’s specialty.