Thanksgiving Tables: Sumptuous Spreads to be Thankful For

Thanksgiving is a day to give thanks for all that we have; our family, our friends, our health, our freedom and the bounty of food on the table that we often take for granted. With that in mind, we’ve decided to compile a gallery of extravagant Thanksgiving spreads from the people that are REALLY grateful for the food in their lives – sumptuous spreads that anyone would be thankful for.

This doesn’t necessarily look like the ambiance or décor of a military mess hall but it’s certainly enough food to feed any kind of army. Maybe this is where the Special Forces dine? 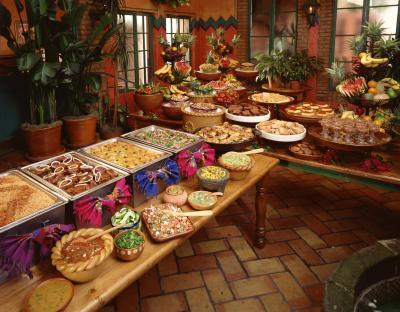 This might not be the biggest bounty of Thanksgiving delights ever presented but when it comes to making the most of your space, this table is maximized to the point of looking like a game of Thanksgiving Tetris! 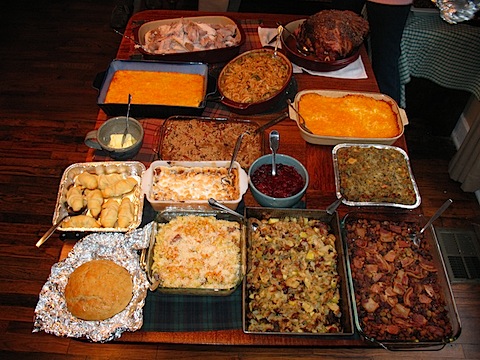 What appears to be an outdoor Thanksgiving feast also appears to add another little twist to the all-too-traditional offering – have you ever seen stuffed bell peppers at a Thanksgiving table? We haven’t either but they seem to define sumptuous! 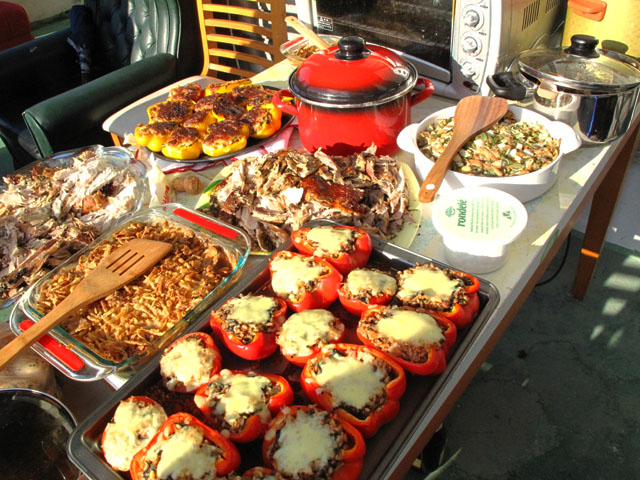 Admittedly, it’s not the clearest photograph you’ve ever seen and, we can only speculate as to what they’re eating, but anytime your Thanksgiving serving table takes a dogleg, you know you’ve got plenty of food to go around! 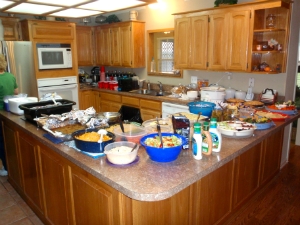 Even though we can’t really see the rest of this sumptuous Thanksgiving spread, if this bacon-wrapped turkey is any kind of indication of what the rest of their meal looks like, they certainly have something to be thankful for! 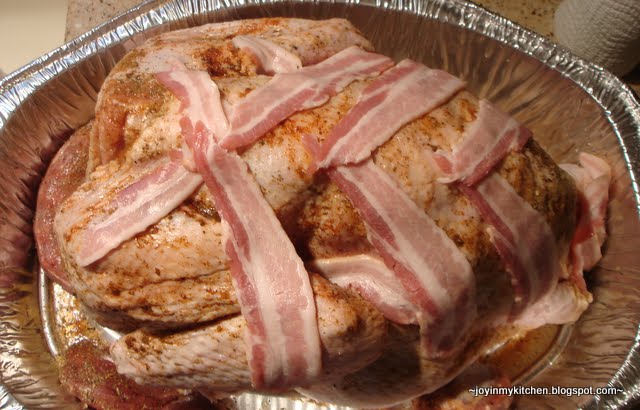 Of course, not all Thanksgiving feasts offer the predictable side-dishes of tradition, such as, stuffing and mashed potatoes. Nope, proving that every person of every culture has something to be thankful for on this most special day, check out this Asian influenced sumptuous spread! 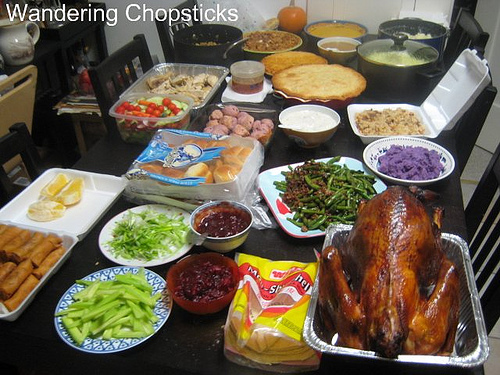 Clearly this is a Thanksgiving banquet that keeps going and going and going but check out those after dinner snacks in the foreground – yep, that’s a total of 10 pies, Oh my! 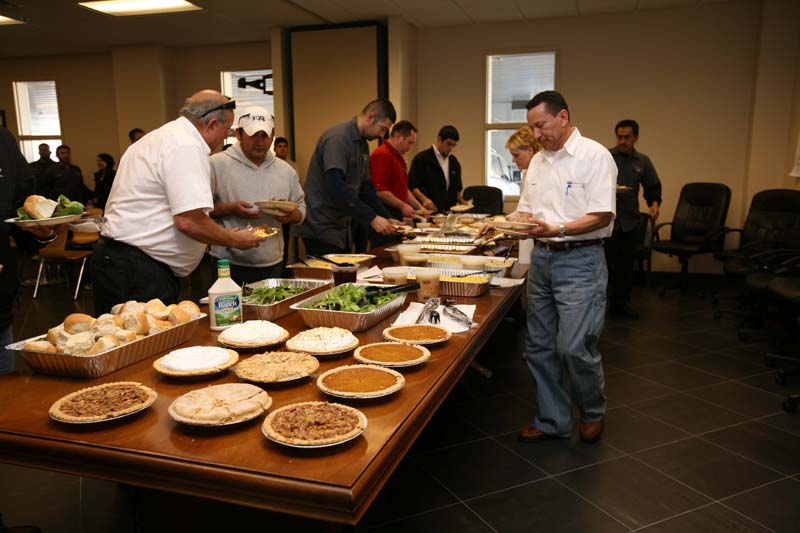 Speaking of non-traditional Thanksgiving spreads, this table, complete with sushi, fried chicken, tempura shrimp and much more, is both unique and robust – look at all that lovely food! 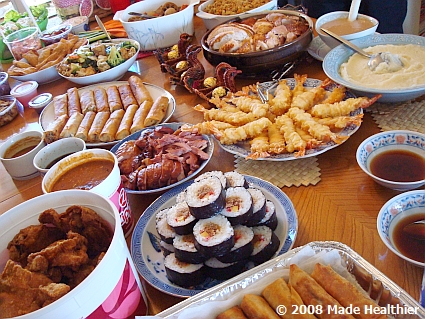 Much like the dogleg from above, anytime you have to bring in more tables as reinforcements for your Thanksgiving spread, you know you’re bound for a food comma of the worst kind. Oh well, there’s worse things! 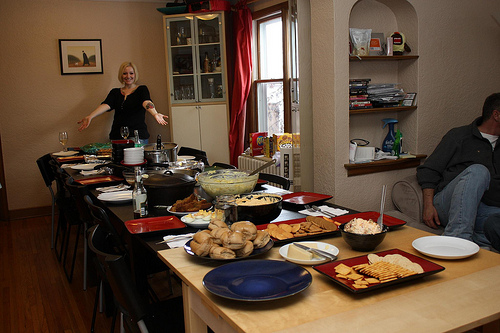 Last but not least, any time you have a ham, a turkey, a bottle of hot sauce and a triple-tiered tower of desserts, you are no doubt living the kind of life that is brimming with things to be thankful for. 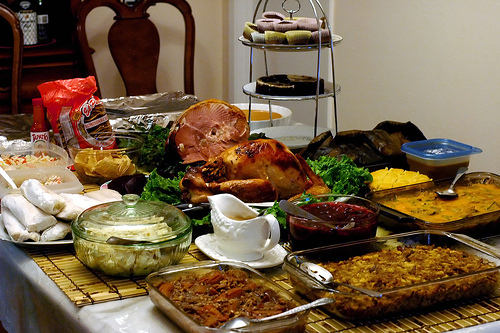 We hope you’ve enjoyed this gallery of sumptuous Thanksgiving spreads – may your table offer a fraction of these bounties. Happy Thanksgiving!