The 15 Best Architects in Atlanta 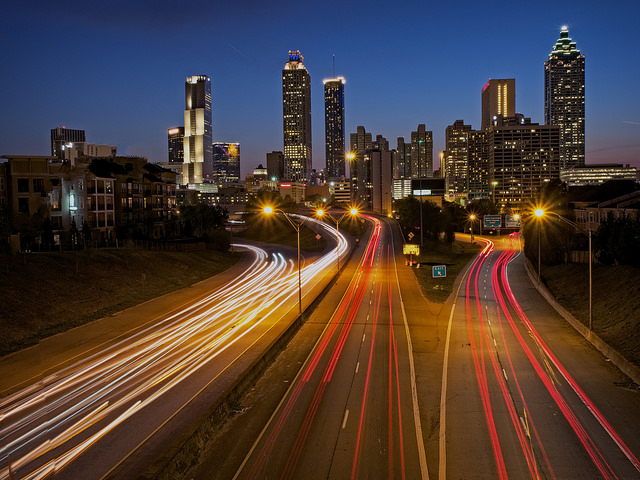 After an 1864 fire raged through the city, which destroyed most of the Antebellum era buildings, Atlanta rebuilt and embraced a modern bent. With world-famous examples such as the High Museum of Modern Art, designed by Pritzker Prize-winning architect Richard Meier and expanded upon by Italian architect Renzo Piano, the city of Atlanta and its Architects are maintaining the precedents set in the 19th century and continuing to strive for iconic design. Several of the new structures gracing the Atlanta skyline are Gold and Platinum LEED Certified, showing an appreciation for the importance of sustainability as well as aesthetics.

Listed here, in no particular order, are Atlanta’s top architectural talents. They have contributed greatly to the built environment of Atlanta, whether focused on residential homes, historic renovations, or large-scale commercial projects. These architects have the aptitude to work on a variety of project types and sizes, and boast a diverse portfolio. Click through and see for yourself who are the 15 best architects of Atlanta, and vote on who you think is the best architect below. 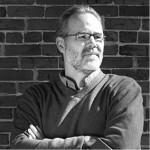 Bryan Russell Along with partner Staffan Svenson, Bryan is a founder of Dencity Design, a firm that emphasizes a strong collaborative effort with each client. Before establishing the firm in 2000, he worked for architecture firms in Westlake, California and Atlanta. In his fifteen years of practice, Bryan has built a diverse portfolio of commercial facilities, country clubs, restaurants, and multi- family residential apartments. He earned his Bachelor of Architecture from Mississippi State University. 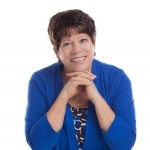 Karen Duckett With 40 years in the field and degrees in architecture, urban planning, and law, Karen brings a wealth of experience to every project at Duckett Design Group. As the Public Projects Director of Atlanta’s Community Development Block Grant Program, Karen has helped contribute to the city’s quality of life and built environment. Her most visible achievement is the design of the LEED- Gold Maynard Holbrook Jackson International Terminal in Atlanta, Georgia. Karen has received more than 100 awards for her achievements and community activism. 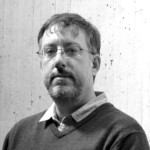 Gregory Walker Beginning in 2004, Gregory has been a partner at Houser Walker Architecture, a design studio focused on cultural buildings and the culture of building. He served as the 2015 Paul Rudolph Fellow at Auburn University, teaching a fourth-year architecture studio focused on single story urban environments. Gregory earned his own Bachelor of Architecture at Auburn University, and his MArch II at the Harvard University Graduate School of Design. He is a past president of the American Institute of Architects Georgia Chapter. 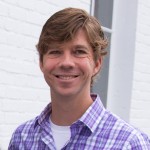 Steve Kemp By the time he started kindergarten, Steve knew he wanted to become an architect. He went on to pursue this goal, first by earning his Bachelor of Architecture and Bachelor of Science in environmental design at Ball State University. Just two weeks before the birth of his first child, Steve launched Kemp Hall Studio from a desk in the corner of his living room. Since then, he has grown his business and joined together with others who share his passion for residential architecture, creating a dynamic team of creative talent. 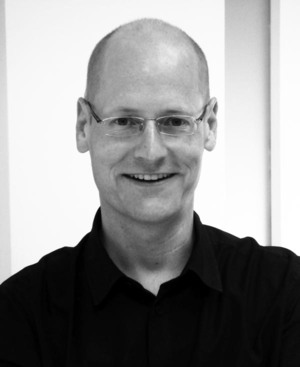 Brian Bell He received his Bachelor of Science in architecture from the University of Washington in Seattle. Brian then went on to earn his Master of Architecture from Harvard University, where he was a John E. Thayer Scholar. Prior to founding the BLDGS Architects along with partner David Yocum, he taught and trained in Seattle, Rome, Boston, and Atlanta. He is a Professor of Practice in Architecture at the Georgia Institute of Technology College of Architecture, where he has taught graduate and undergraduate design studios since 2008. 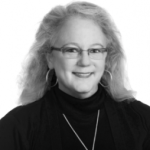 Betsy Beaman Betsy brings 30 years of experience to her role as vice-president and director of design at Stanley Beaman & Sears, where she oversees the design of the firm’s projects in all three of their primary market segments: healthcare, higher education, and the cultural arts. Her work has been highlighted in Architect, Interior Design Magazine, and The Wall Street Journal, to name a few publications. Betsy’s passion for the arts and building form not only influences the firm’s work, but has earned her numerous awards for design excellence. She earned her Bachelor of Environmental Design in architecture at North Carolina State University, and her Master of Architecture at Clemson University. 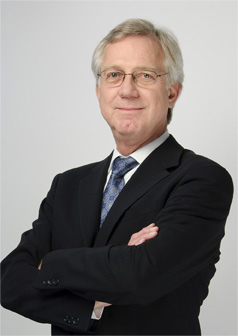 Kevin R. Cantley The president and CEO at Cooper Carry since 1995, Kevin directs the design of corporate headquarters, general office, residential, transit, retail, educational, and mixed-use projects. His designs have earned awards such as the AIA Georgia Award of Excellence and the Urban Land Institute award from its Atlanta District Council for Project of the Year. An active member of several industry organizations, Kevin has served as a director and treasurer of the AIA Georgia chapter. He earned both his BArch and MS in architecture degrees from the Georgia Institute of Technology. 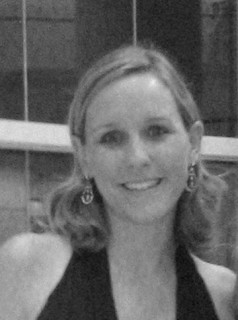 Lori Bork Newcomer After graduating from Rice University, Lori went to work for world-renowned architect and former Yale Architecture School Dean, Cesar Pelli. She spent seven years with his firm, gaining experience in a variety of project types including campus master-planning, high-rise corporate headquarters, and a Major League Baseball stadium. Lori was made an associate of Pelli Clarke Pelli Architects at the young age of 25. Since relocating to Georgia in 2005, she has founded Borke Design, taught studio courses in interior design at the University of Georgia’s Lamar Dodd School of Art, and become a founding member of the Athens branch of the U.S. Green Building Council. 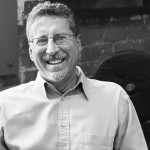 Tom Dalia Tom is a founding principal of Smith Dalia Architects, where he brings 30 years of experience in the design and construction industry to the boards of a variety of complex building types. He has served as design lead on many of the firm’s challenging historic rehabilitation and mixed-use projects, including the noted adaptation of the Historic Scottish Rite Hospital. A native of New Orleans, Tom possesses a sense of classical proportion and grace evident in his design work. This sensibility is apparent in his redesign of Piedmont Park’s celebrated entry gates. 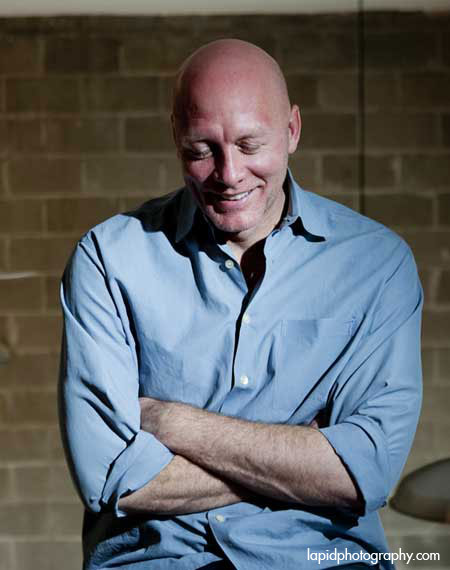 William Carpenter William is the founder and president of Lightroom, an internationally award-winning design practice engaged in multiple design-related disciplines. He has received the National Young Architects Citation, the National ACSA/AIAS Educator of the Year Award, and the Ivan Allen Senior Trophy. In 2000, William was elected by his peers as a Fellow in the American Institute of Architects, and currently serves as the president of the AIA Atlanta chapter. He holds a doctorate from the Birmingham Institute of Art and Design in the United Kingdom, and a Master of Architecture degree with honors from Virginia Polytechnic Institute + State University. 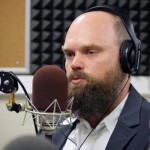 Eric Kronberg Eric is a principal at Kronberg Wall Architecture, a practice firmly committed to responsive in-town redevelopment. The firm is committed to being part of the solution to Atlanta’s traffic congestion and environmental issues, by densifying the city’s urban core through re-use and redevelopment. He received his Bachelor of Architecture at Tulane University. When not practicing architecture, Eric volunteers as a community leader in the Edgewood neighborhood, helping with neighborhood safety and redevelopment concerns. 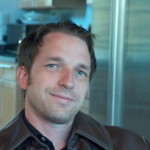 S. Scott West This LEED Accredited Professional is the principal of West Architecture Studio, founded in 1998. Scott has designed a multitude of commercial and residential projects, including The Paul Mitchell School at King Plow Arts Center and the Westside Shops at Howell Mill. He has also completed numerous residential projects in contemporary and traditional styles, up to $4 million in value. He is a graduate of Georgia Tech and the architectural division of the famed Ecole des Beaux Arts school in Paris, France, where he completed one year of intensive architectural training.

Jeffrey L. Robinson An architect and interior designer, Jeffrey possesses a holistic understanding of design. He is a design principal of J.W. Robinson & Associates, where his efforts as a “client’s advocate” have resulted in repeat clientele. He is also responsible for the firm’s architectural design image and assists in the firm’s overall marketing efforts. Jeffrey applies JWRA’s 5-Point Design Philosophy to every project. The firm has won multiple awards for design excellence from several professional organizations and has been named to the Atlanta Business League’s Company Hall of Fame.

Samuel R. Cooper Samuel is a principal of Collins Cooper Carusi Architects, applying his design expertise to various projects including public and private K-12, college and university, and healthcare projects. As part of the firm’s senior leadership team, Samuel espouses the philosophy that architecture contributes to the built environment in positive ways that will make a lasting, beneficial impact on the way people live, work and play. He received his Bachelor of Architecture from the University of Florida and his Master of Architecture from North Carolina State University. While at North Carolina, Samuel received the William Henley Dietrick Fellowship for Design Excellence. 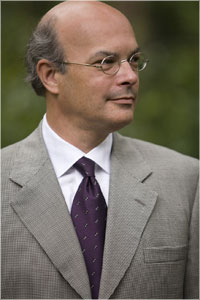 William T. Baker Since founding William T. Baker & Associates in 1985, William has received numerous awards, including the prestigious Arthur Ross Award for Architecture in New York City and the Urban Design Commission Award for Excellence in Atlanta. He has published several best-selling books featuring work from his portfolio, “New Classicists,” “Architectural Excellence in a Diverse World Culture,” and “Great American Homes Volumes 1 and 2.” William’s work has also been showcased in Southern Accents, House Beautiful and on HGTV. A renaissance man, he has degrees in corporate finance and an MBA from Emory University.