The 15 Best Architects in Boston 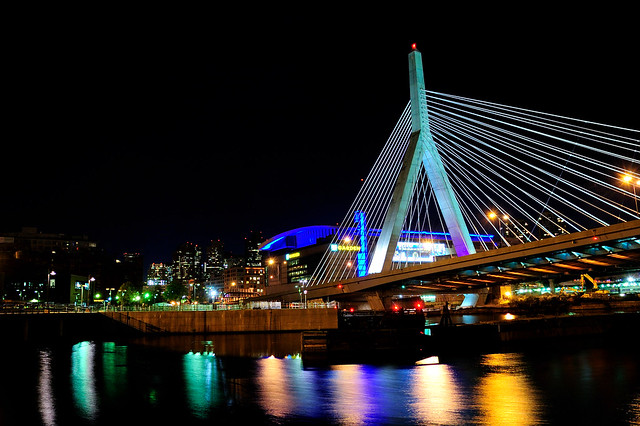 As one of the oldest cities in America, Boston boasts a legacy of important historic institutions, buildings, and landmarks. With the architects in Boston, the city continues to break new ground in leading-edge architecture, with noteworthy new structures like the Leonard P. Zakim Bunker Hill Memorial Bridge. Home to the largest chapter of the AIA, top design schools, and internationally recognized firms it’s no surprise that Boston was recently voted the world’s most innovative city. Its design community was ranked an impressive third, just after New York and Chicago, by Business Insider.

Who are Boston’s leaders in design, urban planning, architecture, and landscape architecture? From change-makers to up-and-coming designers, we have curated a list of the city’s most talented architects in Boston and named them below (in no particular order). If you’ve personally used one of these or another architect you’d like to praise, be sure to share their name in the comments section. 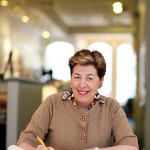 Ann M. Beha Founder and President of Ann Beha Architects, Ann Beha’s leadership is marked by work with strong historical, cultural and educational content, designing buildings which serve the public and expand the client’s vision. Ann Beha is a graduate of Wellesley College, from which she received the Alumnae Achievement Award, the College’s highest honor. She holds a Master of Architecture Degree from the Massachusetts Institute of Technology, and was a Loeb Fellow at the Graduate School of Design at Harvard University. Ann Beha is a past President of Historic New England, and has served on Visiting Committees at the Museum of Fine Arts, Boston and the Department of Architecture at MIT. She was a Distinguished Visiting Professor of Architecture at the City College of New York. 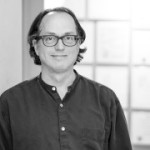 William T. Ruhl William is a founding principal of Ruhl Walker Architects. While drawn to the artistic and material aspects of architecture, he acknowledges the relationships built with clients and craftspeople is “where the real soul of the profession lies.” He earned his bachelor degree from Duke University, and later his Master of Architecture from Yale University. A unique combination of attention to light, natural materials, and expressive structures has earned him Houzz Awards for design and service and a Best Architect Award from Boston Home Magazine. 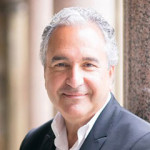 Jonathan Levi For over 30 years as founding principal at JLA, Jonathan has displayed “constant dedication to creativity and innovation at every scale.” Jonathan received his BA in architecture and M.Arch from Yale University. In addition, he studied at Harvard University where he was adjunct professor for nearly 30 years. Stemming from Jonathan’s decades-long technical research and teaching, his firm’s designs are renowned for the extensive consideration given to the details of construction and the human scale design of inhabited spaces. 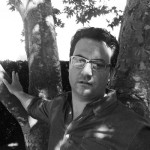 Andrew Wade Keating Andrew is a founding partner at Stack + Co., a firm promoting collaboration between the design and construction elements of each project. Their fine work has been featured online in the Huffington Post and Treehugger, as well as conventional outlets like NPR and Architectural Record. An early Building Information Modeling adopter, Andrew founded the Rhode Island Revit Users Group. He earned his Bachelor of Arts in art history from Williams College and is currently working towards his Master of Architecture from Harvard University Graduate School of Design. 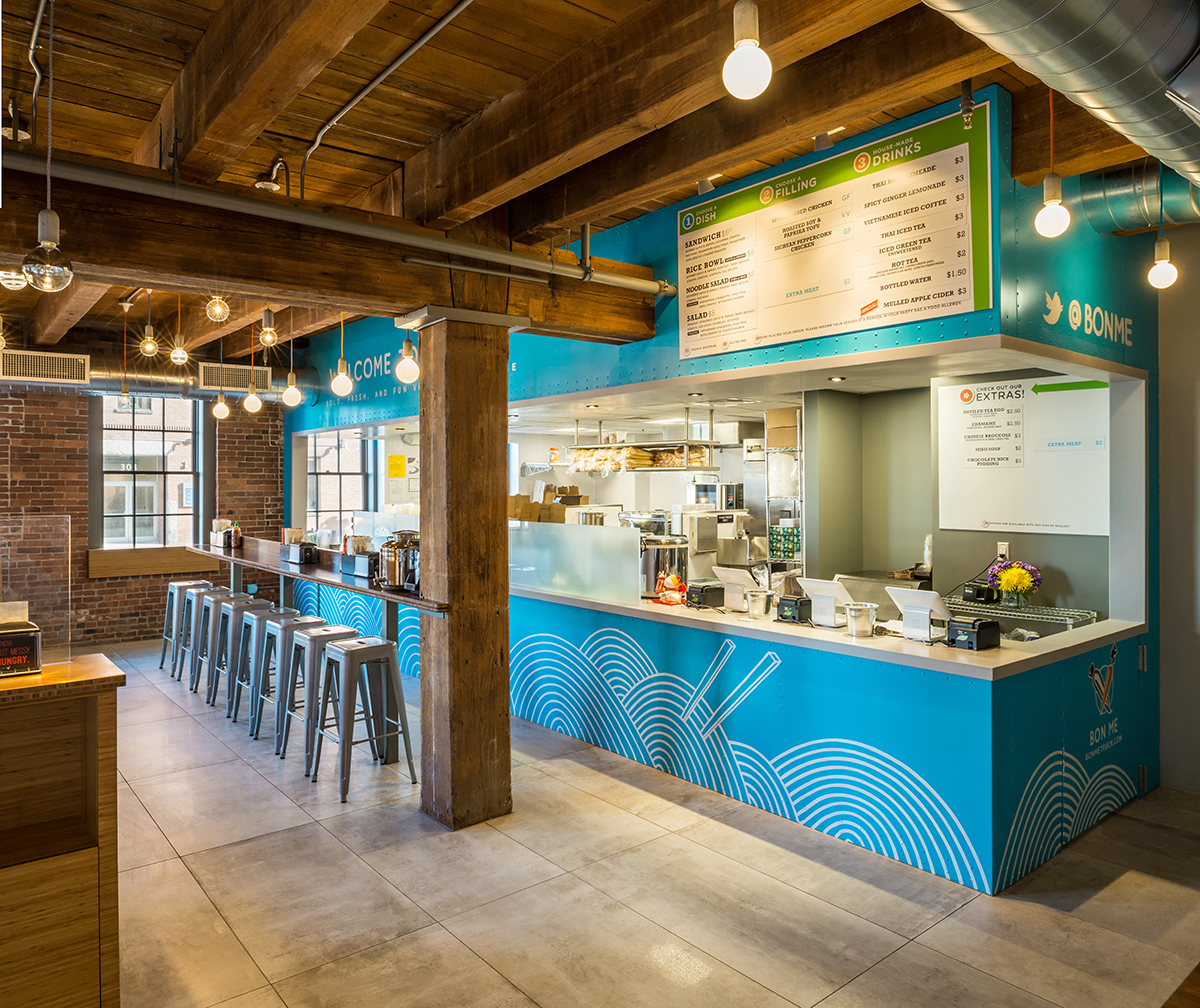 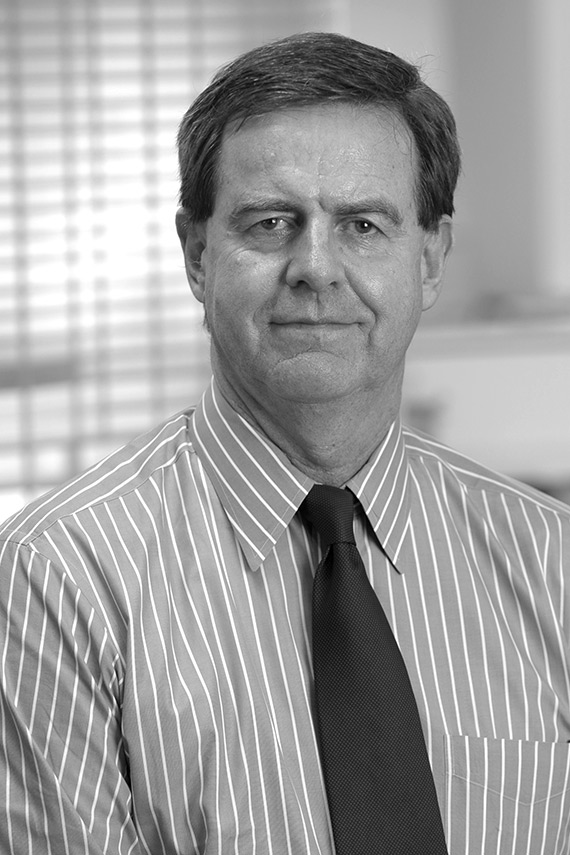 William L. Rawn III The founding principal of William Rawn Associates, William is now nationally recognized for his work on several public buildings and major facilities. Most recently, his design for the Priztker Science Center at Milton Academy earned a National AIA Honor Award in Interior Architecture. Before becoming an architect, William was an attorney at a large Washington D.C. law firm and served as assistant chancellor at the University of Massachusetts Boston campus. William holds a Master of Architecture from Massachusetts Institute of Technology, a JD from Harvard Law School, and a BA from Yale University. 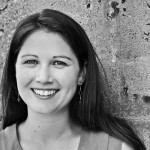 Stephanie Horowitz As the owner and managing director of ZeroEnergy Design, Stephanie orchestrates projects that range from net-zero energy workspaces to Passive House certified homes. Integrating architecture, mechanical engineering, and finance management, her design team is receiving a lot of attention. Stephanie’s work has appeared in notable publications such as Architectural Record, Design New England, and The New York Times. She has been recognized with Best of Houzz Awards for design and service, and Best Green Architect from Boston Magazine. Stephanie received her Bachelor of Architecture from Cornell University. 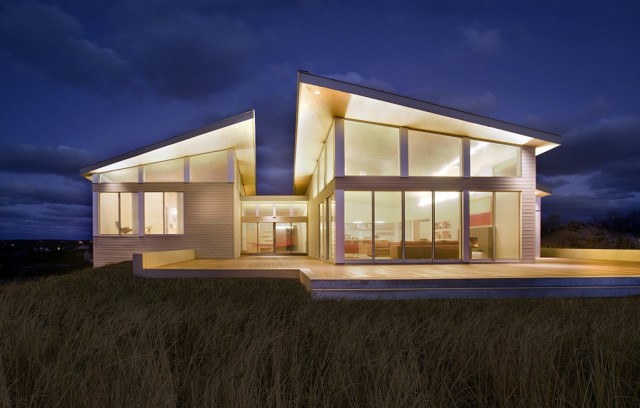 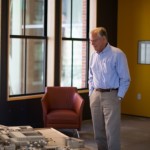 Thomas M. Payette With 50 years of experience as a practicing architect at Payette, Tom has been at the forefront of healthcare and science design, yet the humble architect always uses the words “we” and “our” in describing the firm’s work. This team player and leader pioneered ideas and innovations that have come to define the principles of the practice. He has taught at Harvard and Rhode Island School of Design, and served on the boards of the Boston Society of Architects, the Boston Architectural Center, the Boston Foundation for Architecture. Tom graduated magna cum laude with a BS in structural engineering  from Michigan State University, and earned his M.Arch from Harvard Graduate School of Design.

Richard J. Bertman Richard is a founding principal of CBT Architects, and is responsible for such landmarks as 111 Huntington Avenue, Atlantic Wharf, and 200 Newbury Street. He has been the force behind prominent restorations and renovations of historic buildings such as the Modern Theatre, Ames Webster House, and Harvard University’s Matthews Hall. Richard is a past president of the Boston Society of Architects, which awarded him their highest individual award, a lifetime achievement award. He holds undergraduate degrees from Harvard University and MIT, and a Master of Architecture from the University of California at Berkeley, and has taught at the Rhode Island School of Design. 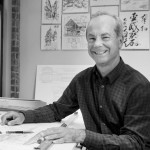 Colin Flavin As the founder of Flavin Architects, Colin has cultivated an approach to design he calls “Natural Modernism.” The firm’s work is deeply rooted in the context in which each project is sited, blending a cutting-edge aesthetic with sustainable design and respect for a building’s context. Under his stewardship, Flavin Architects has won state and national design awards and the firm’s work has appeared in a number of publications. Colin received his Master of Architecture from MIT, where he was awarded the Chamberlain Prize for Design Excellence. 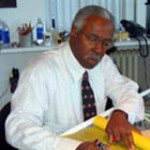 M. David Lee As president and managing partner of Stull and Lee, David approaches each project with the philosophy that architecture and urban design require not only creativity, but also practicality, responsibility, and organization. In addition to his role at the firm, David is an adjunct professor at the Harvard Graduate School of Design, and has previously taught at the Rhode Island School of Design and the Massachusetts Institute of Technology. He is a graduate of the University of Illinois and Harvard Graduate School of Design, holding joint degrees in architecture and urban design. David is a past President of the Boston Society of Architects and recipient of the Boston Society of Architects’ Year 2000 Award of Honor. 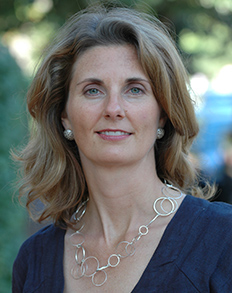 Kaki Martin Kaki is a co-founder of the Klopfer Martin Design Group, a practice known for its award-winning projects like The Steel Yard in Providence and the Boston Schoolyard Initiative Outdoor Classrooms. A landscape architect with a passion for public park and streetscape design, she has led several multi-disciplinary projects in the public sector. She is an adjunct professor at the Rhode Island School of Design and taught at the Graduate School of Design at Harvard University. She holds a Master of Landscape Architecture from Harvard Graduate School of Design and a BA in art history and painting from Colby College. 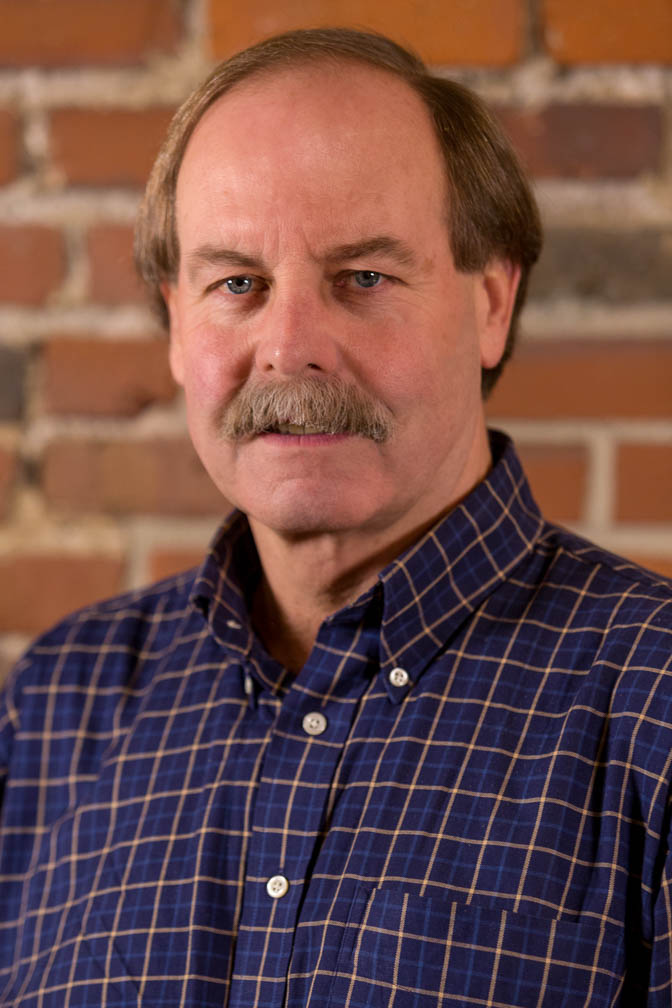 Patrick Ahearn Patrick’s extensive education includes earning a Bachelor of Architecture and Master of Architecture in urban design from Syracuse University, a BS in architectural technology from New York Institute of Technology, and an A.A.S. in construction technology from the State University of New York at Farmingdale. He is the principal of Patrick Ahearn Architect, specializing in historically motivated architecture and interior design. Patrick also has taught at Boston Architectural Center, Harvard University Graduate School of Design, and Rhode Island School of Design. He has received much recognition, including his induction as a Fellow of the American Institute of Architecture and into the New England Design Hall of Fame. 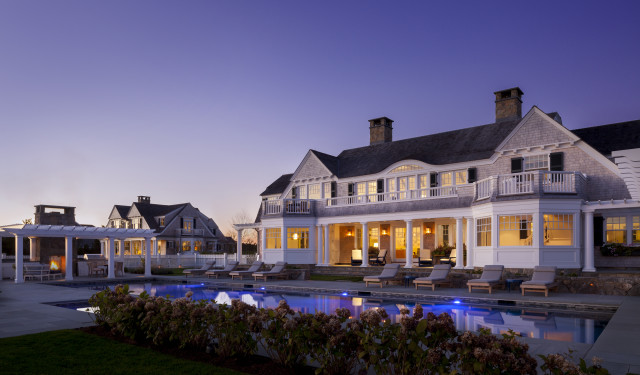 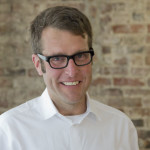 Tim Love Tim is the founding principal of Utile, an architecture and planning firm built like a think tank. His work is not driven by aesthetics, but by uncovering latent issues and researching the technical, cultural, regulatory, and environmental issues of urban design problems. Tim and his team are known for their award-winning public realm initiatives, including the Boston Complete Streets Design Guidelines and the Boston Harbor Islands Pavilion on the Rose Kennedy Greenway. Tim is also a tenured Associate Professor at the Northeastern University School of Architecture. 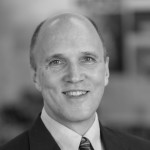 Paul Lukez A native of Cleveland, Ohio, Paul grew up in Europe and speaks English, German, and Dutch. He founded his eponymous Somerville-based firm in 1992, after gaining experience at internationally recognized firms in Chicago and Boston. Paul has received numerous academic and professional honors, and he was elevated to fellowship in the American Institute of Architects in recognition of his achievements in design excellence. He has authored a book, “Suburban Transformations”, and taught architecture at Rhode Island School of Design, Massachusetts Institute of Technology, and Boston Architectural Center. 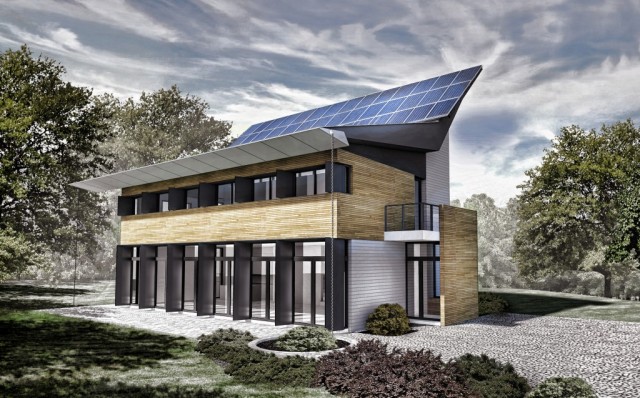 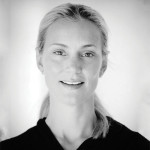 Elizabeth Whittaker Elizabeth is the founder and principal of MERGE architects. She was a recipient of the 2015 AIA Young Architects Award, and her firm was recognized as one of the top ten emerging firms in the world by Architectural Record. In addition to her role at MERGE architects, Elizabeth is an assistant professor of architecture at Harvard University’s Graduate School of Design, where she graduated with distinction herself. During her graduate studies, Elizabeth received the Core Studio Prize, the Faculty Design Award, and the John E. Thayer Award for overall academic achievement.