The 15 Best Architects In Los Angeles 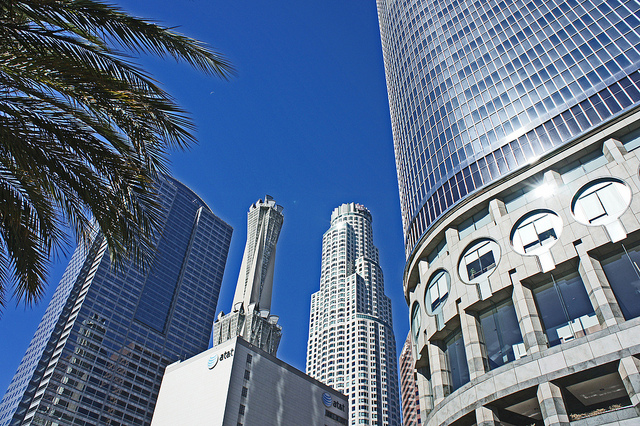 Who are the best architects in Los Angeles? Here are 15 candidates. Vote for your favorite below and tell us who we missed in the comments section.

From the 1920’s Hollywood hacienda and mid century Modernist landmarks to environmentally sustainable structures, the architecture of Los Angeles boasts a fine heritage and continues to remain a front runner in innovation among the world’s architectural authorities. The architects of Los Angeles understand and take into consideration the needs of the space, client, and the community at large. This is no easy feat, but the best architects navigate the challenges with creativity, enthusiasm, and endless passion for their craft.

Which Southern California architects possess these qualities? Listed here, in no particular order, are the premiere architects of the greater Los Angeles area. While we feel the list is comprehensive, with such a competitive playing field as Los Angeles, we may have missed somebody. Let us know in the comments below if there is an architect you believe should be on this list. Don’t forget to vote for your favorite architect in the poll below! 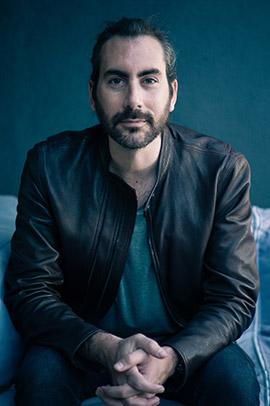 Dan Brunn
Born in Israel and raised in Los Angeles since the age of seven, Dan embraces an international and experimental approach to design. Surrounded by the Bauhaus style architecture of Tel Aviv, Dan learned the value of restraint and space. He has taught a masters studio at the Boston Architectural Center, and instructed at the Harvard Graduate School of Design and the USC School of Architecture. Dan earned his BA in architecture from the University of Southern California and an MA in architecture from Harvard University.

Leo Marmol & Ron Radziner
The design excellence of Marmol Radziner extends from architecture and prefab construction to furniture and jewelry. Managing principal Leo Marmol is as comfortable running residential projects as he is public and community-based urban projects. Design principal Ron Radziner leads the design of every project, and builds partnerships with organizations and individuals dedicated to improving the community. Both Leo and Ron have been elevated to the distinguished College of the Fellows of the American Institute of Architects, and inducted into the Interior Design Hall of Fame. 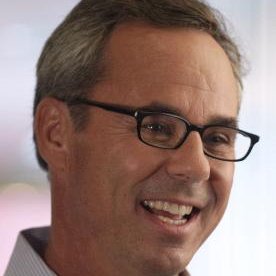 Scott Kelsey
Scott joined CO Architects in 1987 as an early member, and today serves as the managing principal. Scott has over 30 years of experience in institutional buildings, and his expertise in the New American Medical School earned him national recognition and helped develop and implement new models for schools of medicine and health across the country. Scott frequently presents at national forums such as Tradeline and the Society for College and University Planning. He received his bachelor’s degree in architecture from the University of Oregon. 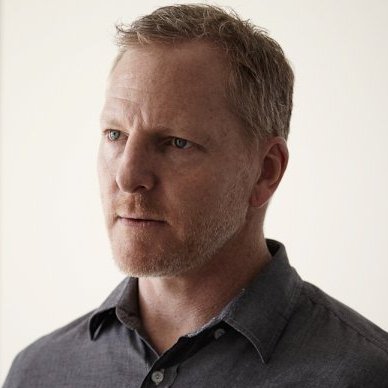 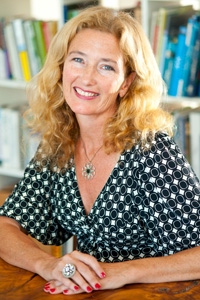 Isabelle Duviver
Isabelle’s architectural practice is dedicated to coordinating the built environment with watershed health. Her expertise and advocacy result in holistic design outcomes which integrate water resources and reveal architecture’s broader context and environmental impact. Isabelle’s LEED Platinum Brooks project was awarded the 2013 Innovation Award from the local chapter of the U.S. Green Building Council, the 2012 Outstanding Home of the Year by the National USGBC, and is one of the top 10 green homes in California. She received her master’s degree in architecture from the University of California at Berkeley. 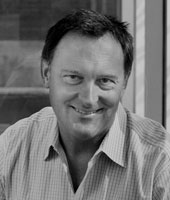 Mark Rios
The founding partner of Rios Clementi Hale Studios maintains a singular vision: to imagine, design, and build complete environments. Formally trained in both architecture and landscape architecture, Mark sees the two fields as inseparable and applies a multidisciplinary approach to all of his projects. His eclectic interests have led the firm to  incorporate interior design, graphic design, product design, branding, and urban planning. Mark received his BS in architecture from University of Southern California, and earned his Master of Architecture and Master of Landscape Architecture degrees simultaneously from Harvard University’s Graduate School of Design.

Michael Maltzan
Michael was named to Architectural Digest’s AD100 list of top talents in 2012, and the same year was listed as a game changer by Metropolis Magazine. The founder and principal of Michael Maltzan Architecture also serves as a design instructor, lecturer, and critic at prestigious schools such as Princeton University, Harvard University, and Rhode Island School of Design. He received a Master of Architecture degree with a letter of distinction from Harvard University’s Graduate School of Design. He holds both a BFA and a BArch from Rhode Island School of Design, where he received the Henry Adams AIA Scholastic Gold Medal.

Benjamin Ball & Gaston Nogues
Led by Benjamin Ball and Gaston Nogues, Ball-Nogues Studio operates in a territory between architecture, art, and industrial design. The studio won the 2007 Museum of Modern Art PS1 Young Architects Program Competition, and their work is part of the permanent collections of both Museum of Modern Art, New York, and the Los Angeles County Museum of Art. Benjamin worked for Gehry Partners while studying for his degree at the Southern California Institute of Architecture, and began his career as a set and production designer for films and music videos. Gaston is a native of Buenos Aires (moving to LA at the age of 12), and an honors graduate from SCI-Arc who became a specialist in creative fabrication at Gehry Partners. 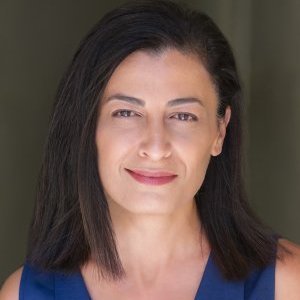 Abeer Sweis
As the founder and CEO of Synthesis in Santa Monica, Abeer interweaves her talents in architecture, interior design, and construction management into one high-end full service architectural design firm. She is a faculty member at California State Polytechnic University, where she teaches both design studio and business strategies in the Masters of Interior Architecture program. Abeer was also a studio instructor in the Masters of Interior Architecture Program at UCLA Extension for over 14 years. She received her Bachelor of Architecture from Woodbury University. 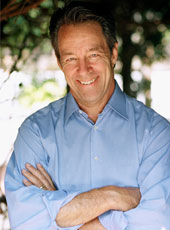 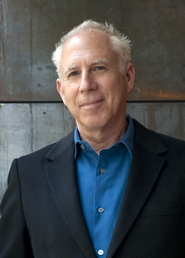 Steven Ehrlich
Known for his Multicultural Modernism, Steven is a a self-proclaimed “architectural anthropologist.” After graduating from Rensselaer Polytechnic Institute with a Bachelor of Science and a Bachelor of Architecture, he served for two years with the Peace Corps as their first architect in Morocco, and went on to architecture at Ahmadu Bello University in Nigeria. He is the founding partner of Ehrlich Architects, built with Steven’s intimate understanding of how architecture responds to the culture and the environment. The firm received the 2015 AIA National Architecture Firm Award, the Institute’s highest honor. 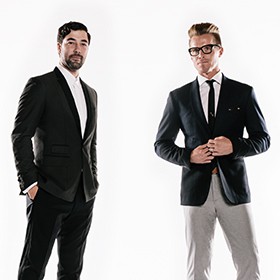 Joe Dangaran & Brett Woods
In 2013, the up-and-coming architect duo were honored as “Stars on the Rise” by Stars of Design. Joe and Brett met at a gathering of University of Southern California architect students, where they exchanged ideas and discovered their shared love of mid-century Case Study Houses. Brett worked at Altoon Partners, and Dangaran at Marmol Radziner before coming together again to found Woods + Dangaran. The firm’s process is anchored in simplicity, and practice this philosophy in every aspect of their design. 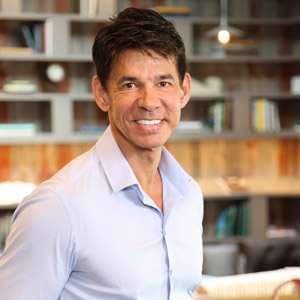 Richard Landry
The president and founder of Landry Design Group, Richard is a sought-after architect for the rich and famous of Los Angeles. Known for his luxurious private residences, Richard believes that design “can only be restrained by the imagination.” The Canadian-born architect received a Bachelor of Architecture degree from the Université de Montréal, and a Diploma in Architecture and Urban Design from the Københavns Universitet in Copenhagen, Denmark. Richard has been consistently featured on the Architectural Digest AD100 list, as well as on the “Robb Report Recommended” list of best architects. 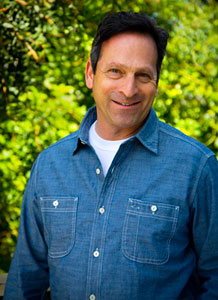 Paul Brant Williger
Paul received his undergraduate degree in architecture from the University of Illinois at Champaign-Urbana, through which he was able to study abroad in Versailles, France. During and after his studies at Columbia University’s Graduate School of Architecture, Paul worked for his professor Robert AM Stern. Paul was a principal at Appleton & Associates for well over a decade, running his own projects out of that office. In 2013, he started his own successful firm, and is focused on custom residential projects in the greater Los Angeles area.