The 15 Best Architects in Memphis 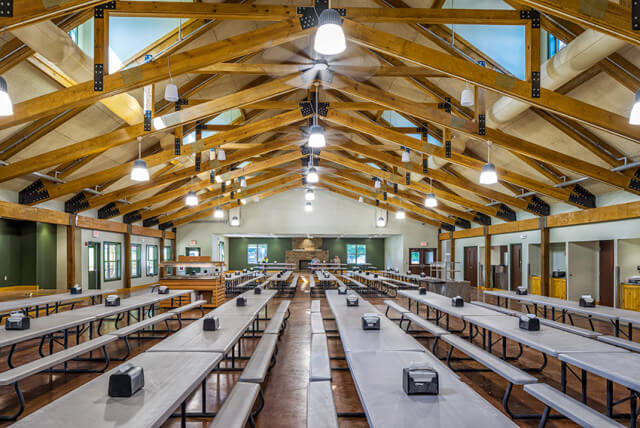 While Memphis may be most famous for the legendary sounds of blues, soul, and rock and roll that originated on its streets, the city is also home to a pool of rich design talent. These architects truly care about their community and the built environment, providing solutions as well as designs. By considering the building site and using sustainable design practices,  Memphis architects contribute to the future of the city in an important way. They also bridge the old and new, preserving historic buildings in a locale with a large number of properties on the National Register of Historic Places.

We curated a list of the 15 best architects in the city (named here in no particular order), based on industry recognition and involvement, professional contributions to the community, and client satisfaction. Take a look, and don’t forget to vote for your favorite Memphis architect in the poll below! 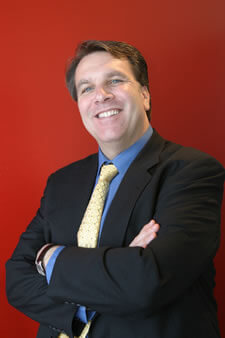 Brad Shapiro As the founder and president of Shapiro & Company Architects, Brad leads the design team and is actively involved from start to finish with every one of the firm’s commissions. He knew he wanted to be an architect in junior high school, and has tirelessly pursued his passion with great enthusiasm. Brad leads the design team, with the result of the firm’s work being showcased in Southern Living, Home & Garden, and At Home Tennessee (as well as on MTV Teen Cribs and a Taylor Swift music video). He earned his Bachelor of Architecture from the University of Arkansas, and is an active participant in both national and regional building-related conferences and seminars. 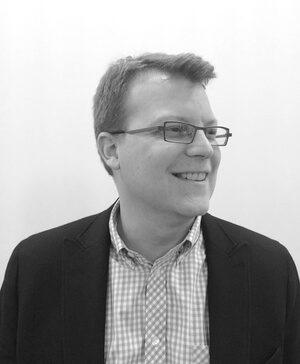 Scott Guidry Scott brings to his role as an architect and owner of designshop the values of true community spirit that he learned growing up in rural Louisiana. He has served two terms as president of both the Construction Specifications Institute Memphis chapter and the CSI Memphis Dempsie B. Morrison Scholarship Fund, Inc. Over his 20 years of work, Scott has a long record of successful projects ranging from multi-million dollar facilities to simple bath and kitchen renovations, and everything in between. He holds a BSET in architecture from the University of Memphis, and has won over 25 AIA design awards (along with his partner Tim Michael). 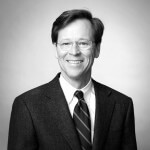 Scott Fleming Scott has been at Fleming Architects for 35 years, where he is the firm’s president and principal architect. The firm has most recently been recognized with a 2015 Home Design Award from Memphis Magazine, a 2014 Excellence in Construction Award from Associated Builders and Contractors, and a 2014 Best Law School Facility award from Pre-Law Magazine. In 2012, Scott won Executive of the Year honors at Memphis Business Journal’s Small Business Awards. He obtained his Bachelor of Architecture and Bachelor of Environmental Design from Auburn University. 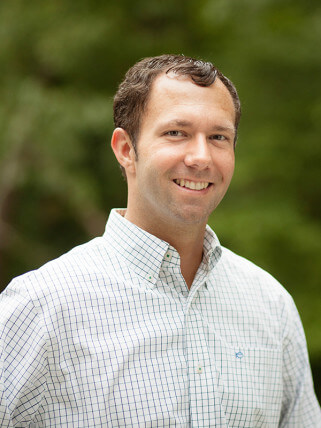 Jeff Edwards Jeff’s passion for design and construction came naturally, growing up in a family of builders, furniture makers, artists, and engineers. A drafting set at the age of 10 seemed to seal the fate of architecture as a career, and Jeff continues to convey and explores ideas by drawing by hand. Jeff earned his bachelor’s degree in architecture from Auburn University, where he had the opportunity to participate in a study abroad program in France, Spain, and Italy. During his internship, he was introduced to the all-inclusive design theory supporting the harmonious relationship between architecture, interiors, and landscape–a vision Jeff shares with his clients at Carlton-Edwards Architecture + DesignBuild. 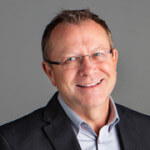 Barry Alan Yoakum As principal-in-charge of vision and collaboration at archimania, Barry promotes extraordinary architecture by leading the collaborative design process between clients, project stakeholders, and the design team. His work has received more than 50 awards and has been featured in numerous architecture books. Barry has garnered national recognition from CNN, PBS, and The New York Times, and his self-designed residence was featured on the cover of The Wall Street Journal. He was elected to the College of Fellows American Institute of Architects for his contributions in design in 2010. 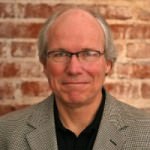 Stephen Berger Stephen is the managing principal and president of brg3s architects, a firm that was originally conceived as Walk C. Jones in 1900 and continues to build upon more than 100 years of design excellence. This year, the firm was recognized with the highest Honor Award from AIA Gulf States for the design of the Memphis Slim Collaboratory. Stephen received his Bachelor of Arts in psychology from Rhodes College, and his Bachelor of Architecture from the University of Tennessee at Knoxville. He serves on the boards of Opera Memphis and Literacy Mid-South. 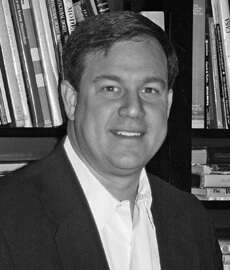 Mark McClure Mark launched his namesake firm in 2015. McClure | architecture is a small boutique architectural firm engaged in upper-end custom residential work that has a reputation for producing elegant, refined, and well-proportioned designs. Prior to starting his own venture, Mark worked at several of Memphis’ largest architectural firms, and he spent 23 years working with local architect Oscar Menzer on luxury custom residential work. He earned his Bachelor of Architecture from Mississippi State University and completed professional studies at Harvard University’s Graduate School of Design. 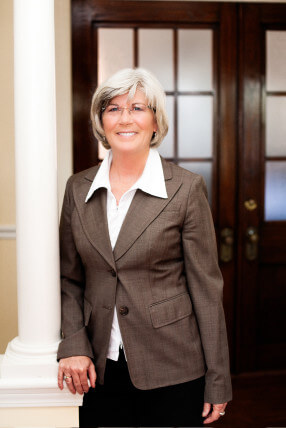 Dianne Dixon Dianne is a founding partner of Clark/Dixon Architects. With more than 34 years of professional experience with an emphasis on public projects, she has established an expertise in existing building evaluations and new building compliance with various codes analysis. Her work is characterized by its focus on public places and their sense of place. Dianne earned her BS degree in architectural technology from the University of Memphis Herff College of Engineering. She did graduate work in theater design at the Harvard University Graduate School of Design. 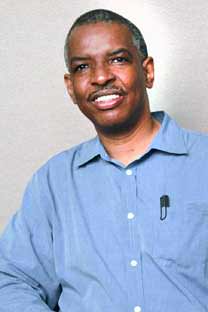 Jimmie Tucker Jimmie is a founding principal of Self Tucker Architects and an adjunct instructor of architecture at the University of Memphis. During a career spanning 25 years, he has remained highly committed to designing and building better communities and in recent years has focused his work toward revitalizing Downtown Memphis and various neighborhoods. Jimmie is a past president of the AIA Memphis chapter and current president of the NOMA Memphis Chapter. He holds a bachelor’s degree in architecture and urban planning from Princeton University, and his Master of Architecture from Washington University in St. Louis, where he has been recognized as a distinguished alumni. 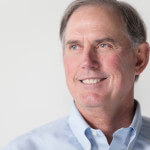 Kirk Bobo Kirk is a visionary leader, assuring all elements of a superb practice are in place at HBG Design, from client service to business development and long-term firm sustainability. The firm has been recognized with over 200 design and industry awards, including the National IDP Outstanding Firm Award from the American Institute of Architects and National Council of Architectural Registration Boards. In 2016, HBG Design ranked number four on the 2016 Hotel Business Design Top Architects and Designers List and number 10 in the nation by Building Design + Construction Magazine. Kirk is a Fellow of the American Institute of Architects. 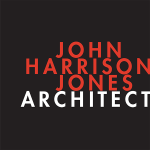 John Harrison Jones John is the sole proprietor and principal architect of his eponymous firm. He launched John Harrison Jones Architect in 1998 as a one-man studio, adding staff based on the abilities of the individual paired with project demand. This deliberate and measured growth has resulted in a firm deeply rooted in fundamental principles of responsible design and individuality. John received his education at the University of Arkansas and began his career in architectural design firms in Memphis and Newport Beach, CA. 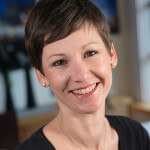 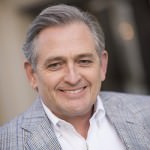 J. Carson Looney As one of the founding principals of Looney Ricks Kiss, Carson established the philosophy of the firm’s residential work. This precept is tat design is based on appropriate proportion, detail, and scale as well as livability for today’s active lifestyles and flexibility for future stage-of-life changes. The success of the firm’s philosophy is evidenced by the more than 390 national and regional residential design awards covering both production-priced houses and high-end custom homes. Carson is a University of Memphis graduate, and a Fellow of the American Institute of Architects.

Lee Askew III A native Memphian, Lee is a founder of Askew Nixon Ferguson Architects. After serving for two years aboard the USS Enterprise, he worked in Sydney, Australia for two years, which influenced him to start a firm that was a fun place to work with an emphasis on the people. Lee holds a Bachelor of Architecture and Master of Architecture from Tulane University, and he studied at the Architectural Association in London. He is a past president of AIA Memphis and a Fellow of the American Institute of Architects. 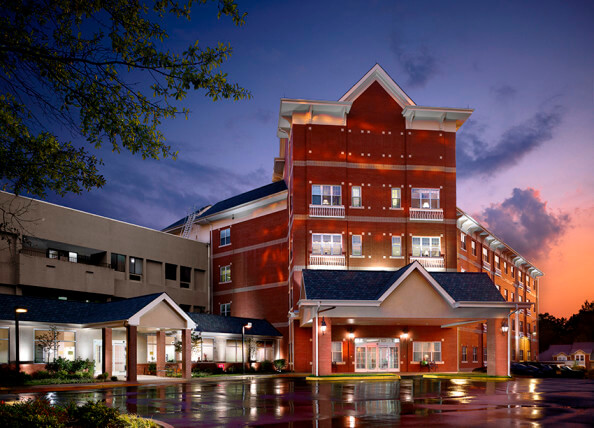 Metcalf Crump Metcalf co-founded The Crump Firm 46 years ago, and continues to serve as chairman and CEO. He has served as the principal architect in charge of a broad range of projects; some of his most well-known work includes his designs for the St. Jude Children’s Research Hospital, Memphis International Airport, and Rhodes College. After earning his Bachelor of Arts from the University of the South and studying at the Ecole des Beaux Arts in Paris, Metcalf went on to earn both his B.Arch and M.Arch from Harvard University. In recognition of his award-winning designs and professional and civic contributions to the Memphis community, he was advanced to membership in the AIA College of Fellows in 1994.