The 15 Best Architects in Savannah GA 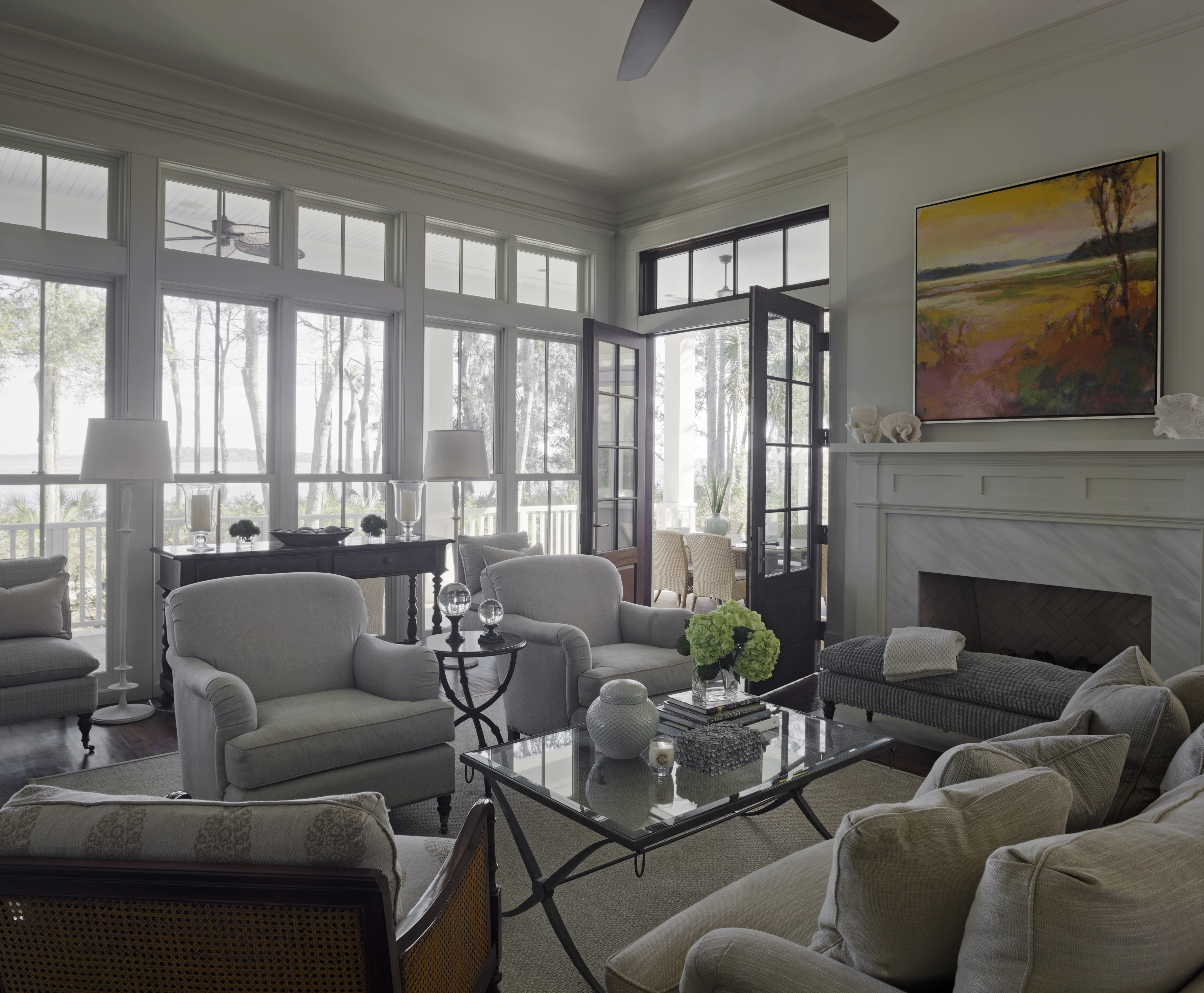 One of Savannah’s most famous and beloved landmarks is Forsyth Park, a 19th century project inspired by Paris urban renewal efforts. While the historic district boasts remarkably beautiful Spanish-moss draped trees, cobblestone streets, and Civil War era forts, Savannah has also felt the pull towards the future. The iconic structure housing the Jepson Center for the Arts, designed by famed architect Moshe Safdie, is one such example. It is a contemporary building that is representative of its time, set in the context of a historic setting. The Savannah College of Art and Design has also contributed to the architects in Savannah for their architectural landscape of the city with its restoration of an antebellum train station, now the SCAD Museum of Art.

In a coastal city where history harmonizes with the future, architects play an important role. We have curated a list of Savannah’s 15 best architects (named here in no particular order). Take a look through the names, and don’t forget to vote for your favorite in the poll below. If you feel there is an architect who should have been included here, let us know in the comments section. 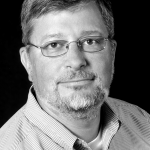 Forrest R. Lott Forrest established Lott + Barber in 1990, and continues to lead the architecture and planning firm as well as provide expert witness consulting services for design and construction related issues. He is a past committee chairman and continues to serve on the American Institute of Architects Documents Committee developing standard form agreements for the construction industry. In 2013, Forrest received a Bernard R. Rothschild Award from the American Institute of Architects Georgia, the highest honor the chapter can bestow on an individual. He has been elevated to the prestigious AIA College of Fellows. 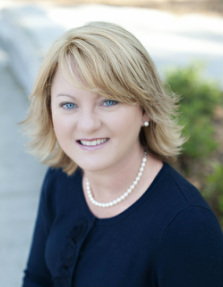 Marjorie Weibe-Reed As the president of Access Design Group, Marjorie brings over fifteen years of professional architectural practice, project management and interior design experience to the firm. A licensed architect and licensed interior designer, Marjorie is formally trained in both fields and is an accessibility specialist. She received both her bachelor’s and master’s degrees in architecture from the Savannah College of Art and Design, and studied marketing management and historic preservation at Savannah Technical College. She is also an FHA Certified 203k Consultant. 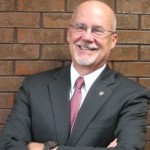 Eric Johnson Eric Johnson served as a Georgia State Senator from 1995 until 2009, and is currently the president of Hussey Gay Bell and a senior advisor for McGuireWoods Consulting. He was named a 2015 Tribute to Community STAR by the Savannah Technical College Foundation Community Council. Eric has been elevated to the AIA College of Fellows in recognition of his significant contribution to architecture and society. He holds a Master of Architecture from Tulane University. 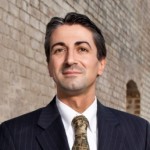 Christian Sottile Christian is the dean of the School of Building Arts at SCAD and design principle at Sottile & Sottile. He was honored with the 2014 AIA Young Architects Award, is a recipient of a National Honor Award for Urban Design from the AIA, and Today has named him one of the top 100 academics in the nation. His work has been featured in the New York Times, Architect Magazine, and Architectural Digest. Christian graduated as valedictorian from SCAD with a Master of Architecture degree and earned his master’s degree in urban design and architecture from Syracuse University. 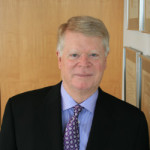 J. Paul Hansen Paul took the helm from his father in the late 60’s to become the principal architect of Hansen Architects. In this role, he directs all architectural services and manages all phases of project development. Under Paul’s leadership, the 70-year-old firm has earned numerous awards and their projects have been featured in publications such as Savannah Magazine, Southern Home, and Good Housekeeping. Paul has been honored with a Bronze Medal and Distinctive Honor Award from AIA Georgia, and was elected to the AIA College of Fellows for his notable contributions to the profession. 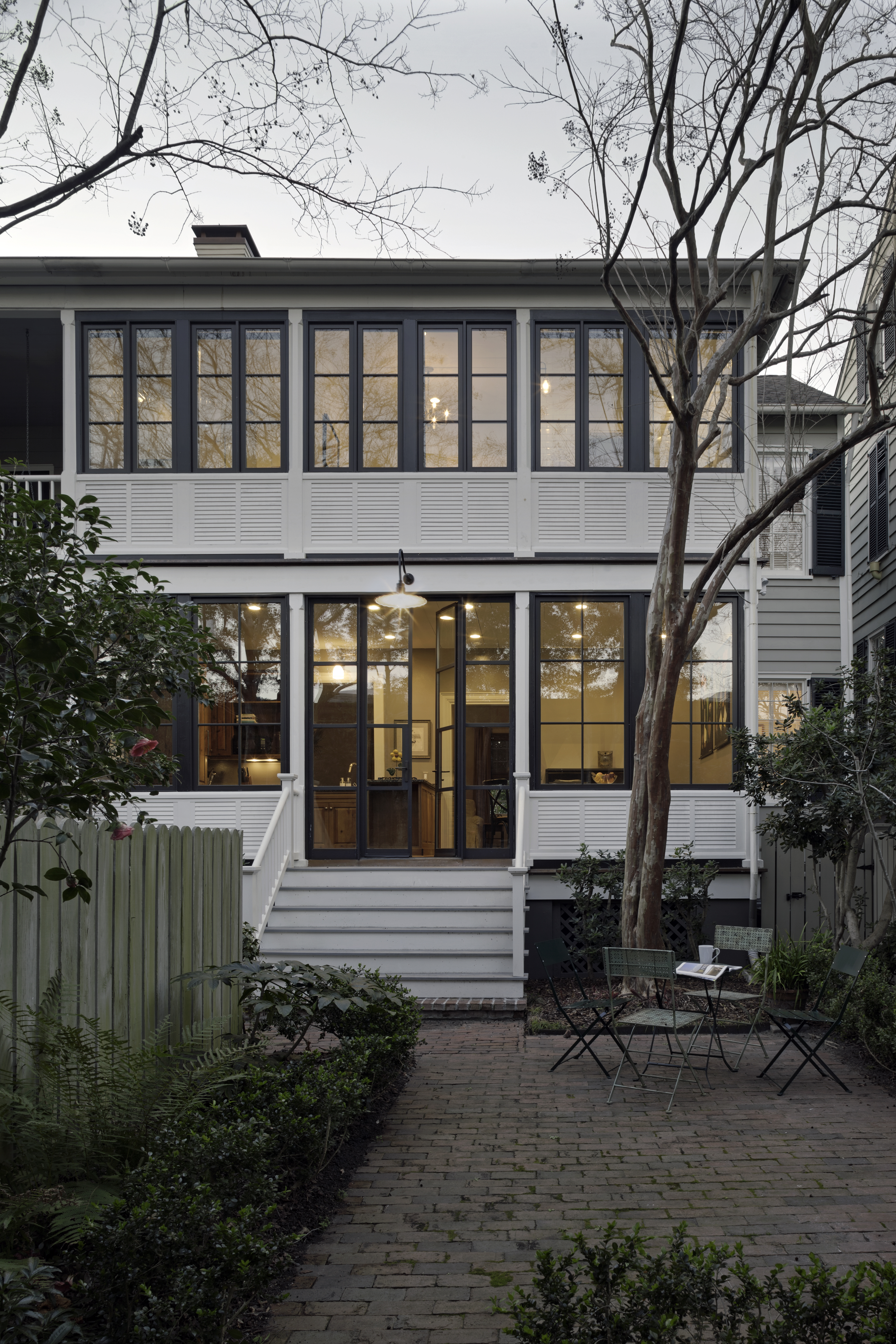 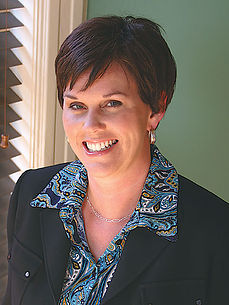 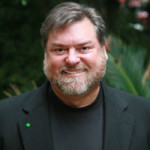 Gerald D. Cowart In 1987, Gerald formed Cowart Group Architects, where he presently is senior partner. In the past 25 years, his firm has won two Urban Design Awards, ten Historic Preservation Awards, twelve American Institute of Architects Excellence Awards, and numerous awards for service to his profession and his community. Gerald has been published over 37 times both for his works and articles he has authored. He graduated from Georgia Tech with a Master Degree in Architecture, with a focus on urban design and historic preservation. 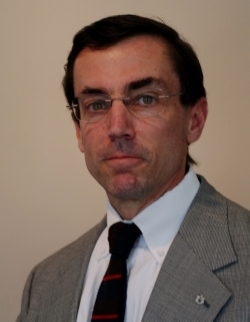 L. Scott Barnard Scott has been the owner and a principal of Barnard Architects since 1982, bringing 34 years of experience to projects for new and repeat clientele. The firm has received Preservation Awards from the Historic Savannah Foundation for multiple projects. Scott’s design philosophy is summed up in his statement, “Quality architecture connects with the unique location and surrounding context, and outwardly manifests the function and character through its appearance.” He graduated from Auburn University with a BS in environmental design and a Bachelor of Architecture. 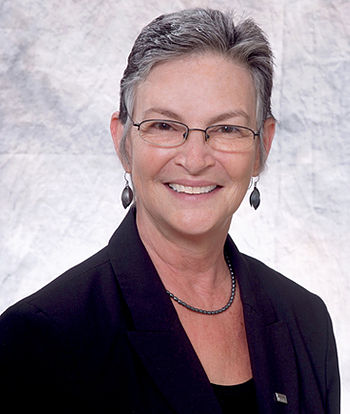 Anne Kolman Smith The native Savannahian brings 25 years of experience to her role as principal at Lominack Kolman Smith Architects. Anne was elevated to the AIA College of Fellows in 2015, being recognized for her contributions through leadership on the National Council of Architectural Registration Boards and mentoring of future architects. She has also been honored with a Bernard B. Rothschild Award and Bronze Medal from AIA Georgia, and a Kolman Award from AIA Savannah. She holds a Bachelor of Science in architecture from the Georgia Institute of Technology. 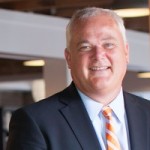 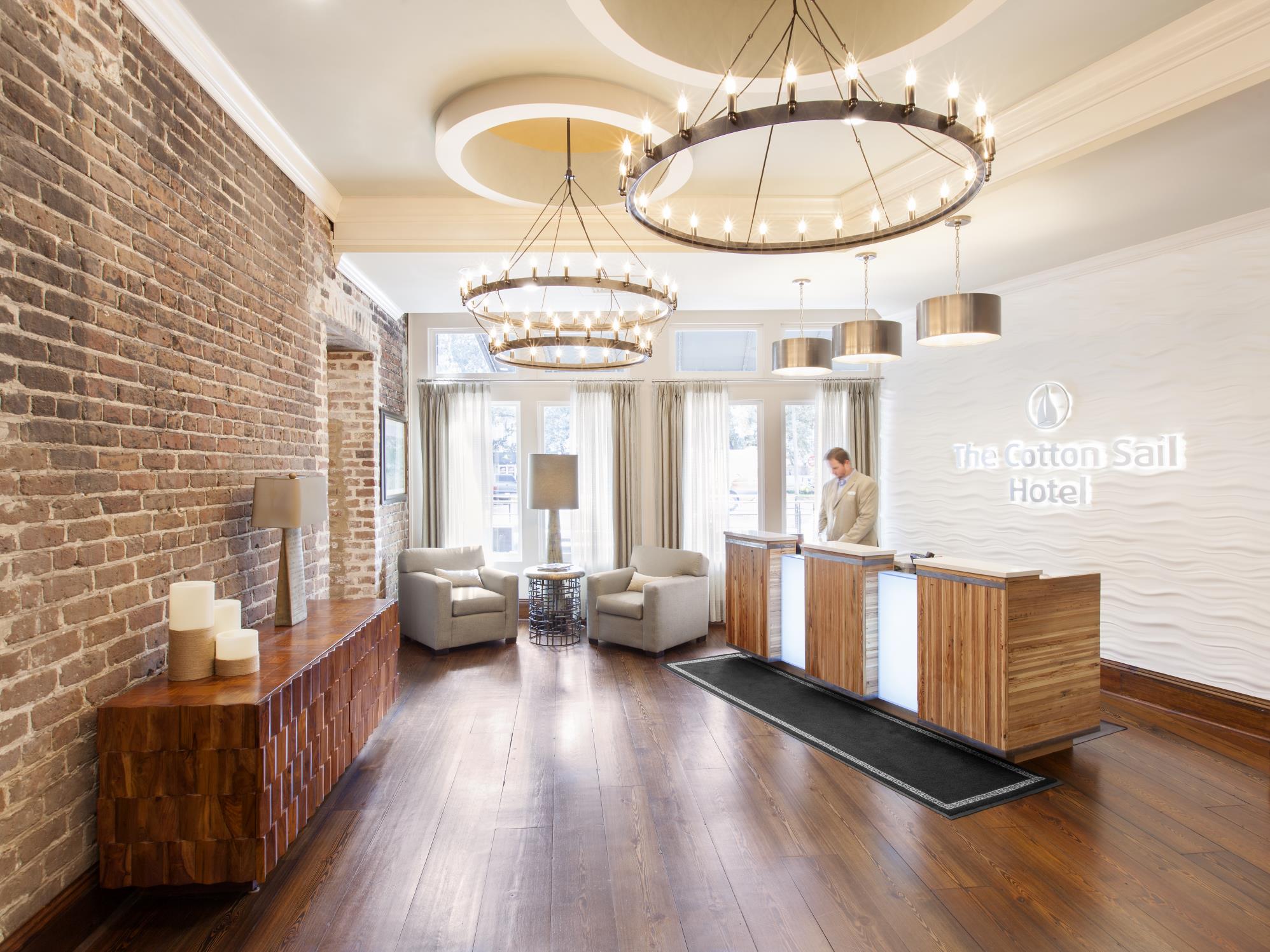 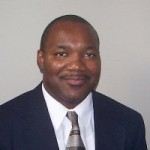 Shedrick Coleman Prior to founding SHEDDarchitecture, Shedrick was a partner with Cowart Coleman Group for 10 years. He has over 20 years of experience in the design, management, and planning of commercial and institutional projects, including the project management for the $22 million dollar theater addition to the Southern Center at Georgia Southern University. His diverse background, which includes project management for construction firms, has provided him with the ability to clearly understand the implications of design decisions on the final solution. He earned his Bachelor of Architecture at Cornell University. 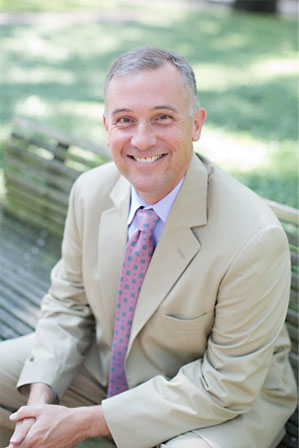 Brian Felder Branching out from Poticny Deering Felder and Greenline Architecture (he was a founding principle at both firms), Brian founded Felder & Associates Architecture and Interior Design in 2012. Some of his accomplishments include working on projects such as the Savannah Toyota 2015 Vision Upgrades, the Seacrest Partners Office Rehabilitation, and the Titlemax Headquarters. Brian has served as secretary for the AIA Savannah chapter, and currently sits on the Board of Trustees for the Historic Savannah Foundation. He earned his Bachelor of Architecture from Virginia Polytechnic Institute and State University. 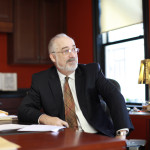 Patrick Shay Since taking ownership of Gunn Meyerhoff Shay Architects in 1996, Patrick has continued the tradition of excellence begun by Bob Gunn and Eric Meyerhoff. While the focus of the firm has remained the Savannah Historic District, Patrick has added the focus of sustainability, leading the team that successfully completed the first LEED Platinum certified building in South Georgia. He himself is a LEED Accredited Professional, and he has received a Citation of Excellence from AIA Georgia for his community leadership and service. Patrick earned his Bachelor of Environmental Science from the University of Pennsylvania, and his Master of Architecture from Clemson University. 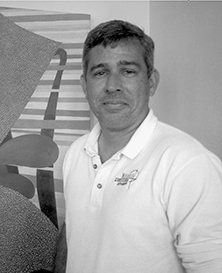 Jim Wubbena As the founder, principal architect, and director of design for Wubbena Architects, Jim is actively involved in each of the firm’s projects. He works with clients to develop a project that is creative, cost efficient, and time sensitive. Jim has a comprehensive knowledge and background in architecture, starting with his bachelor’s and master’s degrees in architecture from Savannah College of Art and Design. He has worked for several architectural firms on projects of all disciplines, and as a lead project manager for a large construction firm, allowing him to view projects through the eyes of both an architect and a contractor. 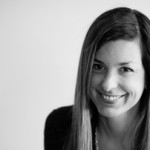 Rebecca Post Lynch After several years of designing and leading projects with award winning firms from New York City to Savannah, Rebecca founded Lynch Associates Architects in 2005. Her philosophy is that the greatest contribution of architecture is to strengthen and vitalize our communities, and this belief is an integral part of the firm. With an education in both architecture and landscape architecture, Becky has experience with a wide range of projects, from urban master plans to residential compound outbuildings. She currently specializes in custom residential architecture.