The 14 Best Architects In St. Louis 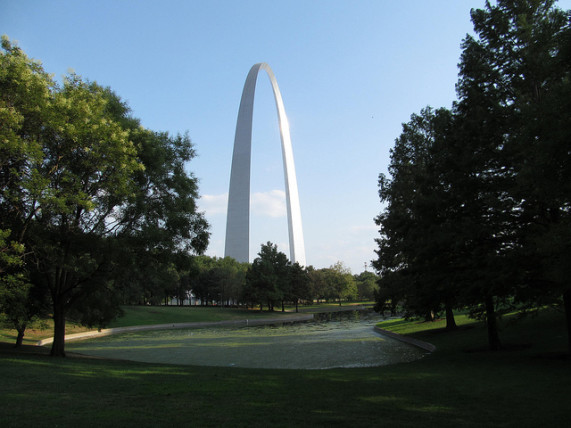 Who are the best architects in St. Louis? Here are 14 candidates. Vote for your favorite below and tell us who we missed in the comments section.

The most famous structure in St. Louis is the Gateway Arch, a monument to the city’s role in the westward expansion of the United States. St. Louis also has stunning examples of architectural styles spanning the last two hundred years, including Neoclassical, Gothic Revival, and the Chicago School. While working to study and preserve the historic architecture of St. Louis, local architects also keep an eye to the future with contemporary infill houses and modern design.

The top architects have helped to shape the community of St. Louis, and have proven themselves through their technical proficiency and delivery of effective solutions. Who are the city’s best architects? Listed below, in no particular order, are St. Louis’ finest architects. Don’t forget to vote for your favorite in the poll below, and if you feel we’ve left anyone off the list, let us know in the comments section. 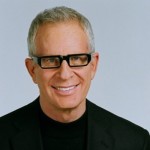 Andrew Trivers Andrew’s interests span both architecture and urban planning, and he has long been committed to building on St. Louis’ rich architectural history. The Founder of Trivers Associates focuses on adaptive reuse, historic rehabilitation, contextual infill work and new construction projects that improve the urban condition. Andrew is an active member of the community, lending his talents to numerous civic, cultural, and educational organizations. He holds a Master of Architecture from Tulane University, and a Master of Architecture & Urban Design from Washington University.

Kurt Krueger In 1996, Kurt joined Rataj Architects, and became a principal of Rataj-Krueger Architects, Inc. in 2000. The firm’s recent name change to VERVE Design Studio, where Kurt continues to serve as principal, reflects both new leadership and a progressive nature. His projects have earned high accolades, most recently with an indoor shooting range which earned the highest ranking of Five Star Facility by the National Shooting Sports Foundation. Kurt earned his Bachelor of Architecture from the University of Kansas School of Architecture. 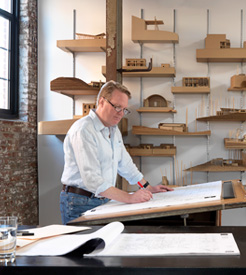 Philip Durham The Rhode Island native was educated at Washington University, where he earned his Bachelor of Arts and Master of Architecture degrees. In 1992, Philip formed Rubio|Durham Architects with offices in Chicago and St. Louis, and for the past decade has practiced as Studio|Durham Architects from an 1880’s renovated warehouse in a historic neighborhood of St. Louis. Philip has received much industry recognition, most recently with a Merit Award in Residential Architecture and an Honor Award in Historic Preservation/Adaptive Reuse by the Central States American Institute of Architecture. He has also been named Architect of the Year by At Home St. Louis magazine.

Thomas Wall Thomas is an owner of Mitchell Wall Architecture and Design, where he is responsible for design and implementation as well as strategic planning. He received his Bachelor of Arts from Cornell University, and his post professional Master of Architecture from the University Of Kansas, where he was on the Dean’s List. While completing his undergraduate studies, Thomas was employed as a summer intern at Mitchell Wall Architecture & Design and as a carpenter’s apprentice. He has been awarded in the Association of Siamese Architects International Design Competition. 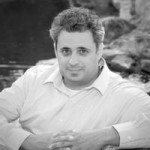 Robert Srote An accomplished architect and author, Robert’s interest in the effect of politics and economics on modern architecture led to his book, “Wildfire: The Legislation that Ignited the Great Recession.” While working as an architect, he went back to school in the evenings and weekends to earn his MBA degree from Maryville University. Robert views every project as an opportunity to enhance the built environment while remaining in harmony with the natural landscape, and to this end formed Residential Masterworks. In 2012, the studio merged with the Schaub Design Group, Inc. to form Schaub+Srote Architects. 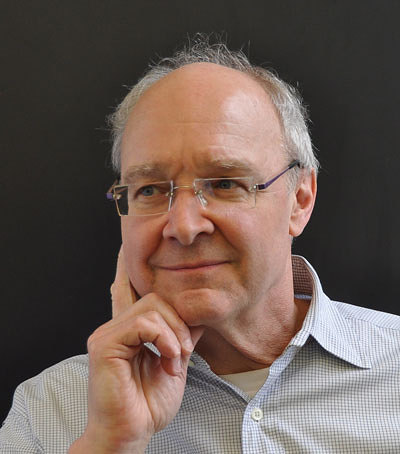 Randall Comfort Through his namesake firm COMFORT ARCHITECTURE, Randall has endeavored to produce architecture that is “anything but ordinary.” His firm designs primarily single family residences, residential renovations, and residential additions. Randall has 35 years of involvement in design and construction, including the up close and personal experience of extensively renovating three historic residences for himself and his family. After graduating with honors from the University of Kansas, he worked for various St. Louis area firms, honing skills and developing expertise in architecture, programming, project management, and firm management. 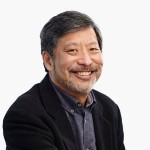 Peter Tao The St. Louis native spent over 15 years studying, living and working in New York City and London, England. He gained diverse architectural practice working on sites throughout the globe, including Europe and Asia. In 1995, he returned to his hometown to open up his own firm, TAO + LEE Associates. The Columbia University graduate was recently named one of the “Most Intriguing People” by Who’s Who Diversity In Color, and his firm was honored with the 2015 City of St. Louis Businesses of the Year award. 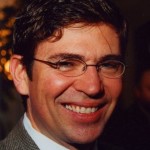 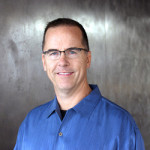 Tom Niemeier As the founder of SPACE Architecture + Design, Tom has been named 1 of 16 St. Louis Innovators by St. Louis Magazine and received multiple AIA awards. His firm specializes in designing and fabricating modern environments, furniture and art. Tom earned his Bachelor of Interior Architecture from Kansas State University, through which he studied furniture design at the University of Copenhagen College of Architecture and Design. He lives in Webster Groves in a newly-renovated 100-year-old home with his wife and four small children, who frequently visit the office to make sure their dad has everything running smoothly. 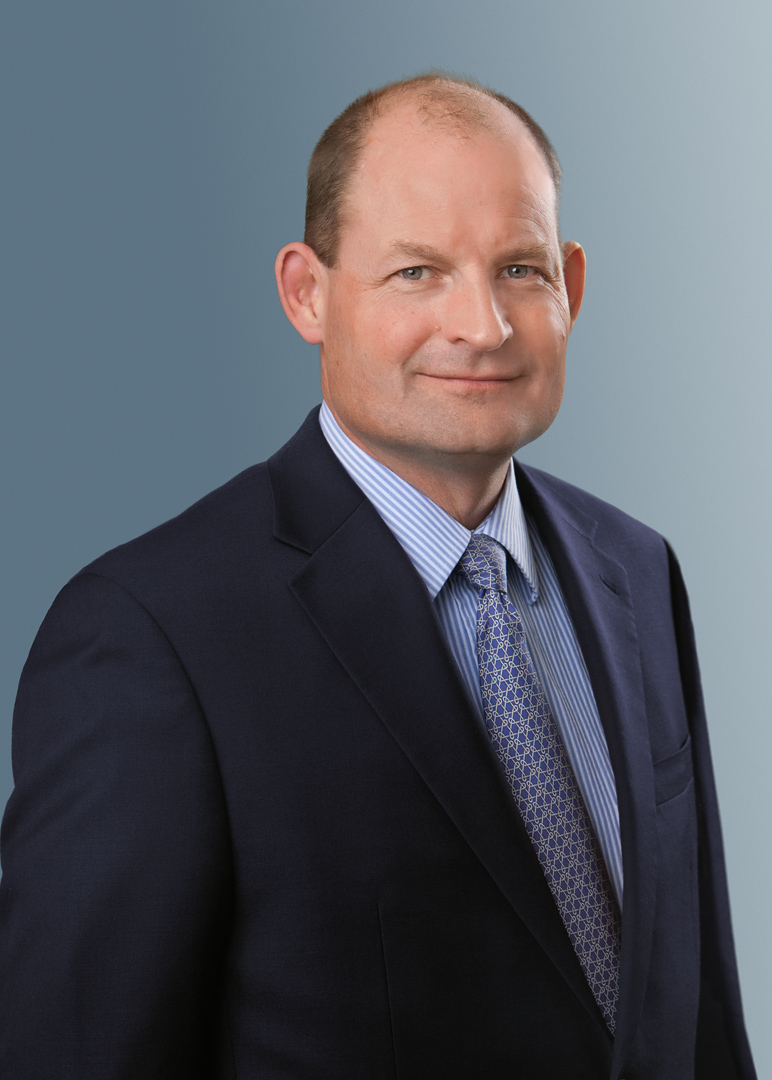 Allen F. Roehrig Allen approaches architectural projects with 25 years of experience in the building industry, including work as an architectural designer as well as a general contractor. After completing his design studies at The Prince of Wales’s Institute of Architecture in London, England, Allen spent his early professional career honing his craft and talent for old world detailing and construction methods while working in London. He has a strong background in design coupled with the knowledge of how to develop construction details and physically build a structure. Allen is a founding principal of Mainline Group Architecture, Inc. 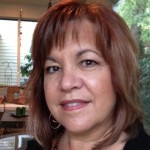 Jane Ann Forney A well-rounded architect with 30 years of experience, Jane has strong design skills as well as the ability to multi-task and creatively resolve problems during the construction administration phase. She is a principal of FORNEY + Architecture, a boutique firm promoting collaborative efforts with other architects, designers, contractors, and clients. Jane is a member of the Home Builders Association and Professional Women in Building Council, and her firm is a Certified Woman-Owned Business Enterprise. The award-winning architect received her B.Arch from the University of Notre Dame. 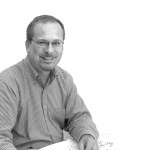 Joe Burzinski Part of the senior leadership team at Fox Architects for more than two decades, Joe has extensive experience in all professional practice areas, including major project management and senior design responsibility. He serves as the firm’s president, guiding the staff in its “people first” pursuit of design and practice excellence. Joe sits on the Board of the National Great Rivers Museum and the St. Louis Science Center Advisory Board. He earned his Master of Architecture degree from the University of Michigan. 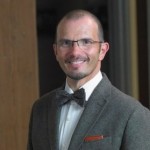 Mark Gettemeyer An owner and principal of M2 Architecture Studio, Mark is a creative, strategic thinker, and a results-oriented manager. He believes that a trusted, symbiotic relationship between architects and clients is the seed of successful buildings, and has developed a well-rounded approach to serve as a conduit between clients and their visions. Mark’s impressive portfolio includes both architecture and interior work in the commercial, healthcare, higher education, and hospitality markets. He received his Bachelor of Architecture from Drury University, where he studied architecture and art history. 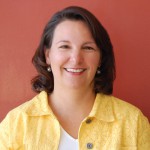 Lisa Bell-Reim Lisa is a founder and president of Oculus Inc., a full service architectural, strategic facility planning, interior design and move management firm with offices in St. Louis and Dallas. Her prior experience includes work as a facility manager for a Fortune 50 company, where she learned that every facility decision is ultimately a business decision. She also served as project designer and architect for a nationally recognized firm, where she participated in the design of the Thomas Jefferson Library Addition at UM-St. Louis. Lisa holds a Bachelor of Science degree in architecture from Washington University.