The 15 Best Contractors in Tallahassee 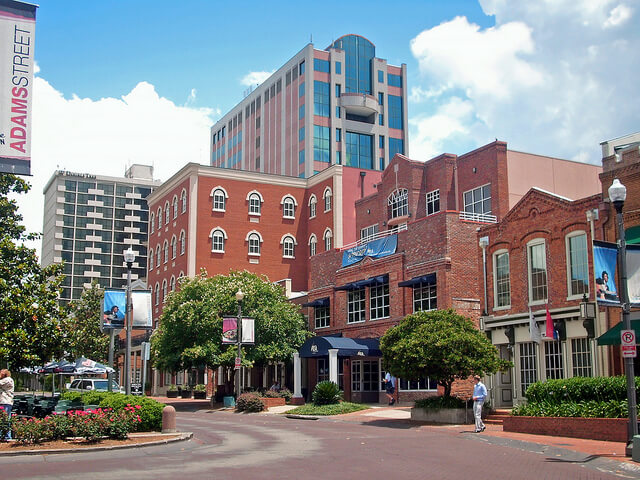 In 2015, Tallahassee was once again given the All-America City Award by the National Civic League, which recognizes trail-blazing efforts to bring all aspects of the community together to tackle local issues. Florida’s capital city has also ranked high in college town lists and is identified by its stand-out parks and recreation. All of this, combined with a deep-rooted history and culture of Southern charm makes Tallahassee a good place to call home.

Who are the 15 best contractors in Tallahassee? We’ve curated a list for you, based on industry recognition and customer reviews. They are named here below in no particular order. Take a look, and don’t forget to vote for your favorite. If you know of a general contractor who should be included among the best, let us know in the comments section. 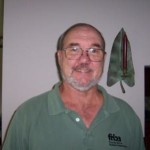 Stan Derzypolski Stan is an owner of “3” Rivers, Inc., where he brings 35 years of experience in designing and building homes. Stan attended the Graduate Realtor Institute, and has an equal number of years in real estate. He has won several awards in the Parade of Homes in years past pertaining to design and energy efficiency. He is an active member of the Tallahassee Home Builders Association, having previously served as president, and the organization has named him Builder of the Year and named him to their Hall of Fame. 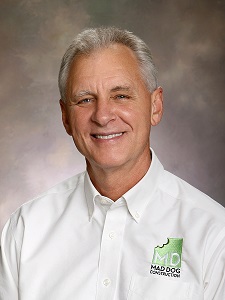 Laurie Dozier Laurie worked as an independent subcontractor before joining Mad Dog Construction in 1977, where he serves as president. Laurie is committed to community service and has coordinated numerous community projects, including the YMCA Camp Indian Springs, Quins Women’s Center, and Chaires School Playground Project. He also serves on the executive committee for the Tallahassee Memorial Healthcare board of directors and the steering committee for Whole Child Leon. Laurie received his Bachelor of Arts from Florida State University.

Tom Ertl With over 28 years of experience in building luxury homes, Tom has earned a reputation for excellence in design, attention to detail, and dependable personal service. In 1987, he started his custom home building career in Tallahassee’s development of Killearn Estates and Ox Bottom Manor. From there, he went on to build custom luxury homes in the new northeast subdivisions including Golden Eagle, Rose Hill, Bobbin Trace and Pilckem Ridge. Photos of Tom’s projects have been added more than 100 times to ideabooks on Houzz. 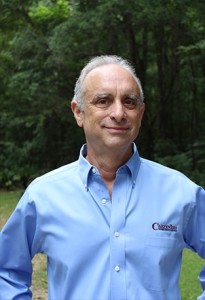 Kip Carpenter Kip built his first building (with rock walls, a scrap metal roof, and no permit) at six years old, and went on to build his own home and found Carpenter’s Construction Co. in 1988. He has received the Tallahassee Builders Association Remodelers Showcase Gold Award in multiple years and was named to the TBA Hall of Fame in 2005. In 2013, Kip was honored with the Aurora Award National Award for remodeling over $50,000. For most of his career, he has been active in the Tallahassee Builders Association, where he continues to serve on the board of directors. 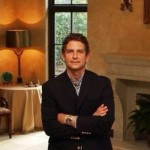 Shane Lambert Shane has served as president of Shane Y. Lambert Construction, Inc. since 2003, and is also a managing member of the Lambert Group LLC. Prior to founding his own firm, he was the vice president of DAL Builders Inc. in Chicago. He is the immediate past president of the Tallahassee Builders Association and serves on the board of directors of the Greater Tallahassee Chamber of Commerce. The Florida State University alum has been voted People’s Choice for Tallahassee’s Best Contractor and is a multi-year Gold Award Winner in the Tallahassee Parade of Homes and Remodeler Showcase Awards.

Bill Kimberl Bill has over 20 years of experience in the building industry. As the owner of Bill Kimberl Construction, he specializes in and manages new home construction, remodeling, and repairs. Bill is a member of the National Association of Home Builders, Florida Home Builders Association, and Tallahassee Builders Association. He is also a member of the Remodelers Council and Green Building Council, Florida Green Building Coalition, and an ENERGY STAR partner and certified lead renovator. 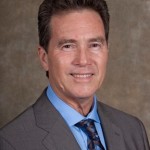 Alan Weekly As the owner of Alan Weekly Homes LLC since 2008, Alan has received much industry recognition. He is a two-time Gold Award Winner in the Remodeler Showcase Awards, and he was named the 2012 Builder of the Year by the Tallahassee Builders Association. Alan was the 2015 TBA president, and he has served on the Greater Tallahassee Chamber of Commerce. He earned his BA from Florida State University, and he is also a certified aging-in-place specialist by the National Association of Home Builders. 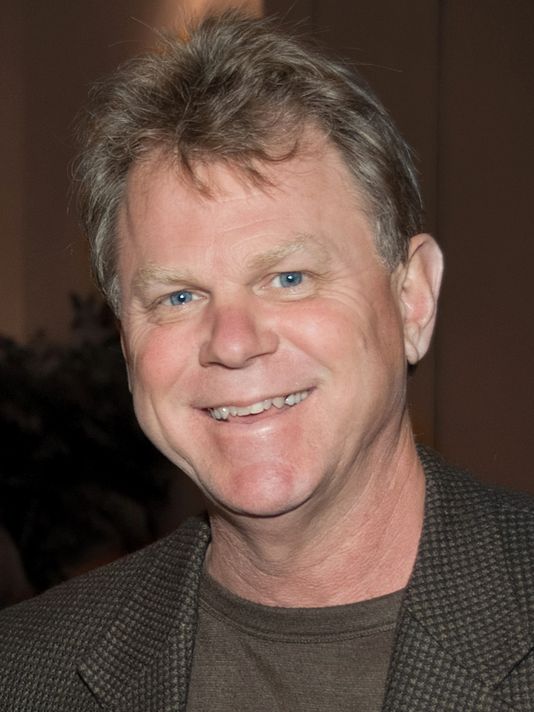 Mark Worley As the owner of Worley Construction, Mark has been recognized with “Big Spike” status by the Florida Home Builders Association and named to the Tallahassee Builders Association’s Hall of Fame. He builds only 12 homes annually so that he can personally supervise each home to ensure quality control and attention to detail, and to foster close client relationships. Mark is a graduate master builder, one of 12 statewide and the only one in Tallahassee. He recently completed all course work established by the National Association of Home Builders to receive the designation of certified aging-in-place specialist. 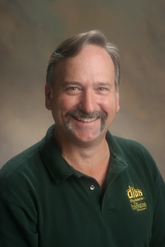 Ed Dion Ed came to Tallahassee in early 1979 as a foreman for a Jacksonville-based commercial contractor. Not wanting to leave, he obtained his contractor’s license and has been the owner of the award winning Dion Builders for the past 35 years. Ed is a long time member of the Tallahassee Builders Association, serving twice as president and twice named Builder of the Year. He is also a life director of the Florida Home Builders Association, has chaired several committees and was recognized as the FHBA 2008 Remodeler of the Year.

Doug Barton A Tallahassee native, Doug founded Barton Construction on the premise that a construction firm can be successful and still maintain high standards. Barton Construction has averaged $2.25 million per year in sales and garnered a substantial list of highly satisfied clients. The firm was named the 2014 TBA Builder of the Year, and recent awards include Best of Show in the Parade of Homes and Best of Houzz for service. Doug graduated from Florida State University with a degree in business administration and from Auburn University with a degree in construction science. 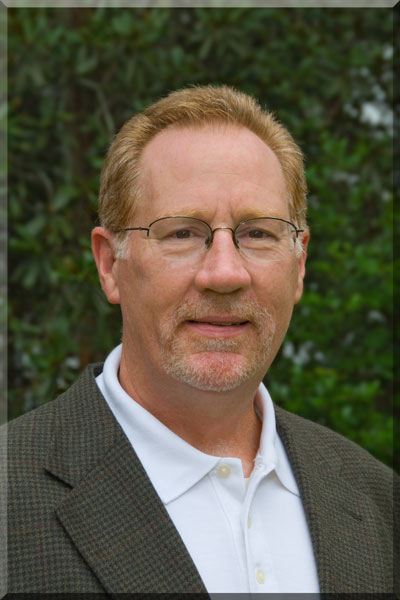 Brian Will Brian has been the president of New South Homes Inc. for 26 years, during which time he has been named Builder of the Year and to the Hall of Fame by the Tallahassee Builders Association. Recognized by the TBA for his experience, education and proven track record of quality construction and customer service, Brian was awarded the Construction Industry Professional designation in 2012. In 2013, he earned the certified aging in place specialist designation by the NAHB. Brian serves on the board of the Greater Tallahassee Chamber of Commerce, and has been president of the TBA, as well as a TBA Remodelers Council chairman.

Masoud Karimipour Founder and president of Persica Design & Construction Company, the hands-on Masoud is likely to be found checking on the progress of a client’s home or visiting the design showroom with them. Since starting his firm in 1991, Masoud has earned a stand-out reputation for his creativity and craftsmanship. He has served on the Tallahassee Builders Association Green Council, and was the association’s 2014 president. Masoud earned a bachelor’s degree in building construction engineering technology from Florida A & M University. 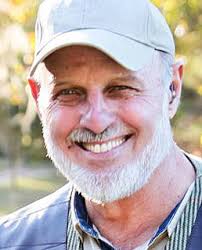 Skip Sheffield When Skip started his business in 1974, he was a young man with a dream to work with his hands and create dwellings both functionally and aesthetically perfect. He has remained true to that dream, and today holds a Class-A certified contractor’s license, the highest construction license available to a Florida builder. Skip’s enthusiasm for his craft is evident in his work, which has been featured in Tallahassee Magazine, Southern Living, and Home & Design. His Gold medal winning home built by Sheffield Construction in Breton Ridge was highlighted in the TBA Parade of Homes publication. 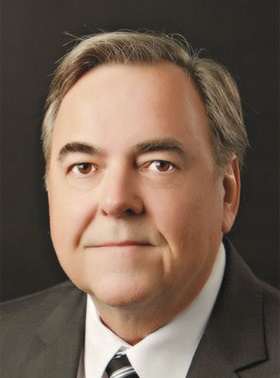 Larry Strickland Larry’s company, Capital City Builders, has performed so many successful remodeling jobs over his 33 years in business that it’s not unusual for him to make a quick, accurate assessment of project solutions and costs after listening carefully to a client. Larry has been recognized with multiple TBA Remodelers Showcase awards and been named Builder of the Year by both the Tallahassee Builders Association and Florida Home Builders Association. In 2013, he was inducted into the TBA Hall of Fame for his career contributions to the local home building industry. Larry has served on the TBA board of directors over three terms of office and is the 2016 president.

Joe Adams Joe began his new home building career in 1993, and spent the next five years learning the building business inside and out while working on hundreds of homes and mastering the best building practice. Shortly after receiving his residential contractor and real estate salesperson licenses, he started his own company, Adams Quality Homes. He takes great pride in his work and is well aware that his successful reputation depends on it. Joe’s adaptability as a custom home builder was evident in his featured 2015 Parade of Homes home, which required a last-minute floor plan change in order to accommodate a woman and her elderly mother.