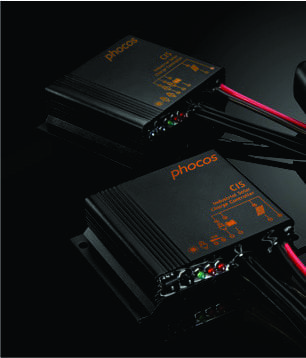 Uh oh ... looks like this product has been discontinued.

Fortunately, we have wide range of products just like it! Scroll down to see our recommendations.

The Phocos CIS-N Charge Controller is one of the latest members of the successful Phocos family of fully encapsulated, high-performance CIS charge controllers providing optimum performance. Thanks to its high protection class (IP68), the CIS-N is ideal for applications in demanding environments such as the gas and oil industry (e.g. remote monitoring, weather stations, valves controlling, SCADA, and many more). It is also perfect for any solar outdoor applications which are exposed to harsh weather conditions. CIS-N was specially developed as a charge controller for applications requiring negative grounding, and features the identical properties as the popular positive-grounded CIS. It is available in two versions: A single load version with dimming output and a dual load version with two load outputs for independent control of two loads. The timer and other useful functions are completely programmable via the CIS-CU remote control unit. The small size of the devices offers extra flexibility, fitting easily into almost every application. Hazardous Locations (HazLoc) tested according to: ANSI/ISA 12.12.01-2012, Class I Division 2 (Groups A-D) Ordinary Locations (OrdLoc) tested according to: UL1741:2005 CAN/CSA C22.2 No. 107.1-01